Marcus Gronholm won the 2006 Rally of Finland, his sixth victory on home soil, to trim the lead of World Championship leader Sebastien Loeb.

The Finn, driving a Ford Focus, finished more than a minute ahead of Frenchman Loeb who minimised the damage by coming second.

It was the fourth win of the season for Gronholm and the 22nd of his career while his sixth win in Finland saw him equal the record of Markku Alen.

Finland's Mikko Hirvonen completed the podium with a third-place finish ahead of Henning Solberg of Norway and Italy's Gianluigi Galli.

Loeb is still well in command of the race for the world championship although he will have to wait a little longer for what will be a historic 27th victory.

In winning the Rally of Germany earlier this month, the Frenchman equalled the record of Spaniard Carlos Sainz who notched up 26 victories during his career.

The Citroen Xsara driver had hoped to become the second Frenchman to win in Finland after his mentor Didier Auriol 14 years ago but after starting well saw his victory hopes hit by a puncture on Saturday.

With six races left in the 16-race season, Loeb still has a healthy 31-point lead over Gronholm who has won six of the last seven rallies in Finland, a run broken only by Estonian Markko Martin.

Next up is the Rally of Japan but Gronholm will have to make bigger inroads into Loeb's lead if he is to have realistic hopes of claiming the crown. 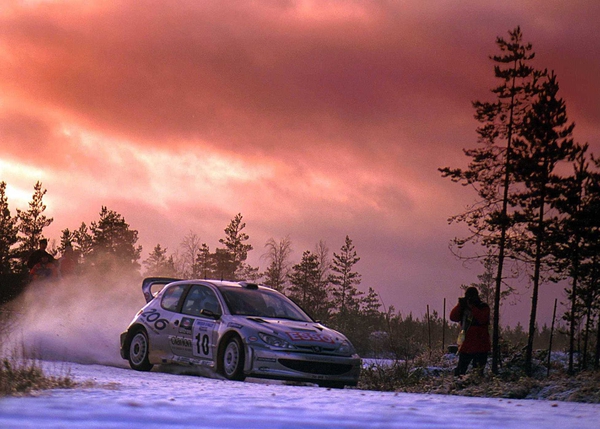