Dana White was hell bent on making the return of the UFC's prodigal son, Conor McGregor, the biggest fight in UFC history.

The lead up to UFC 229 was criticised from the get-go. Pitching an event on the back of McGregor's attack of a bus full of fighters, including his opponent Khabib Nurmagomedov, which led to assault charges, was never going to fall in line with the promotion of other mainstream sports.

White toasted the Dubliner on the dais a couple or weeks before the fight as McGregor took shots at Nurmagomedov's culture, his family and his team—a prime example of the UFC president rewarding and encouraging poor behaviour in the name of promotion.

After his one-sided victory, the Russian champion scaled the Octagon's fence, making a beeline for McGregor's SBG teammate, Dillon Danis. The defeated McGregor was then assaulted by a number of Nurmagomedov's teammates before the teams were separated.

The event pitted "Dagestan against Dublin" according to a primer narrated by John Malkovich. When images filtered through of McGregor fans involved in melees in the concourses of the T-Mobile Arena, the promotion's hostile push was pointed to as the driving force behind the ugly scenes, given the Irish fans' stellar reputation at other international sporting events.

As with the bus attack, should a rematch between Nurmagomedov and McGregor be booked, the images of the post-fight scenes will likely be used and the UFC will gain a gargantuan payday from it.

However, two years on the from the death Joao Carvalho and two years into Irish MMA's push for government recognition, has the post-fight fracas affected the image of the sport in Ireland?

An overwhelming majority of Irish newspapers called the sport of MMA into question following UFC 229.

Several publications outlined issues with UFC 229 based on the promotion of the intense hostility between the camps via the images of McGregor's bus attack, the talk of a rematch despite the one-sided nature of The Russian's win, the behaviour of the McGregor fans who were involved in after the fight and, of course, all hell breaking loose after the final bell.

On Monday, in an article that ran in the Irish Daily Star headlined, "Saturday stank, and the smell will linger: MMA's image has taken a serious battering", Kieran Cunningham questioned whether the scenes in Nevada would detract from Irish MMA's push for regulation.

"Mixed martial arts still isn't a recognised sport in this country. Anyone seriously think the scenes — in and out of the Octagon, in and out of the arena — from Las Vegas will go any way towards legitimising the sport?" wrote Cunningham.

Dana White has insisted that he will not strip Nurmagomedov of his lightweight title. Instead, the UFC chief has left the reprimands in the hands of the regulating body, the Nevada Athletic Commission.

The NAC has since announced that both Nurmagomedov and McGregor have been temporarily suspended for a maximum of 10 days. At the next NAC meeting on 24 October, the commission will vote on whether they will suspend the fighters.

White claimed that he would ban any of the Russian's teammates who were seen assaulting McGregor after the final bell. However, highlighting his confidence in the safety of his own position, Nurmagomedov has stated that he will leave the promotion himself if his teammates are shown the door.

This was the predicted reaction from the promotion for those who consume UFC regularly. However, with the majority of Irish eyes only fixing their gaze upon the Octagon for McGregor's showcases, the images were concerning. UFC is the most lucrative money making machine in this brand of combat sports. It is not, however, the sport of mixed martial arts.

The thriving scene that produced the cast of the UFC's Irish Invasion, including McGregor, bears little resemblance to the landscape of the national sport at present.

Based on recommendations from Safe MMA Ireland, IMMAA introduced one of the highest standards of medical clearance in any combat sport, requiring amateur athletes to undergo a one-off MRI scan before competing. Due to the high medical standards, it is a lot more difficult to stage MMA contests in Ireland, leading to a drop-off in events being held in the country.

Just last month an event planned for Navan was cancelled after Minister for Transport, Tourism and Sport, Shane Ross expressed reservations about the precautions taken regarding the fighters' safety. 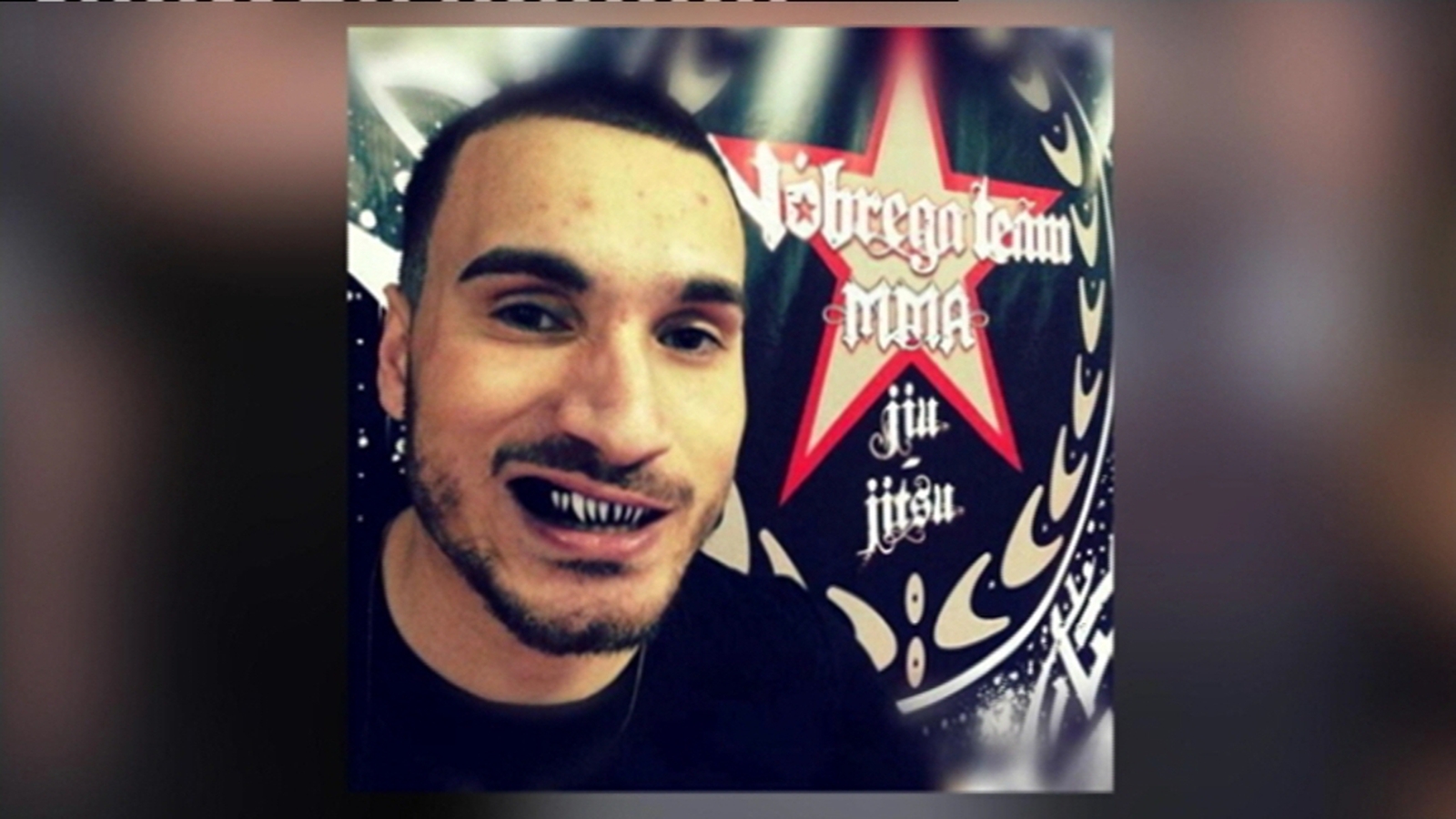 Despite the strict medical standards IMMAA and Safe MMA Ireland have put in place, Minister Ross, stated in February that "MMA leaders here are deliberately dragging their feet" when it came to regulating the sport. IMMAA responded with a lengthy breakdown of their feats to date and insisted that government recognition was the only thing that was stopping them becoming MMA's national administrative governing body.

In May 2017, Sport Ireland established a working group between IMMAA and IMAC (Irish Martial Arts Committee)—a body that previously described MMA as "pornographic and sadistic" in a letter to the International Olympic Committee—in an effort to see MMA regulated under the IMAC banner.

As the event was under the jurisdiction of the Nevada State Athletic Commission, who are currently investigating the matter, IMMAA have no comment at this time

The conclusions that were drawn from the working groups, as reported by Sport Ireland in February, claimed that IMMAA had "yet to fully establish itself as an organisation". The report also states:

"At present the IMMAA does not meet the criteria to be recognised as a National Governing Body of Sport by Sport Ireland. The IMMAA is aware of the considerable work needed to ensure it operates as an effective organisation. This is normal for any start up organisation."

According to Sport Ireland, neither Sport Ireland nor IMAC have received a formal application from IMMAA to date.

Amidst various national publications calling MMA into question and the subsequent debate about the credibility of the sport, IMMAA, which is headed by McGregor's head coach John Kavanagh, gave a brief comment to RTE about the situation.

"As the event was under the jurisdiction of the Nevada State Athletic Commission, who are currently investigating the matter, IMMAA have no comment at this time," IMMAA stated. 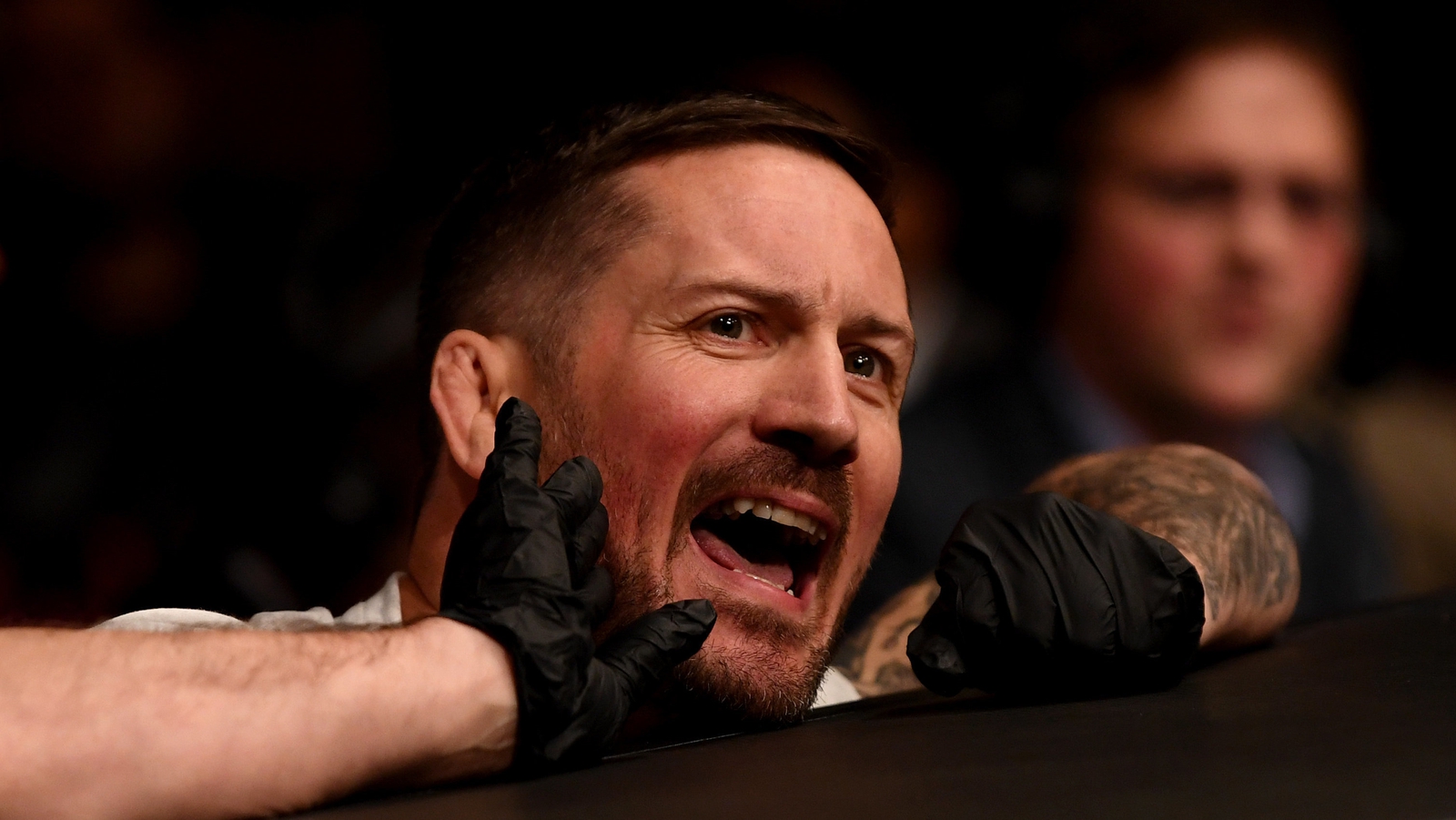 IMMAA is headed up by McGregor's coach John Kavanagh

While IMMAA failed to comment on whether UFC 229 had a damaging impact on Irish MMA and its quest for regulation, veteran Irish coaches Barry Oglesby and Andy Ryan—whose gyms are members of IMMAA—believe a distinction needs to be made between what is going on at a grass roots level in the sport compared to the images that were beamed around the world last Saturday night.

Oglesby, head coach of Kyuzo Gym, who guided Nathan Kelly to the final of the IMMAF amateur world championships in 2016, discussed how UFC 229 might have damaged the sport's reputation.

"I've been defending MMA in Ireland and the conduct of its fighters for 10 years plus," Oglesby said. "They would say 'it's thuggery' and I used to explain the discipline and respect involved. When it's the biggest fight ever and it turns into a debacle like that it doesn't give me much weaponry to argue with them anymore."

Oglesby has been instrumental within the Irish professional and amateur ranks over the last decade and while he is well-versed in the promotion of prize fighting, he knows it will be hard to explain away the images he saw from Las Vegas to concerned parents of his young members.

"This is prize fighting and we all understand why the fighters and promoters do this to a certain point," he explained. "But when it comes to explaining this to parents who think this is what you're training their son or daughter to do…it makes that conversation very difficult. How do we tell parents with a 15-year-old son that the ultimate goal is to get him into the UFC after that has happened?

"I don't think we should tell them that. I think we should tell them that we're training their children to become mature, young people with great physical and mental health who will get a steely determination from the sport that will stand to them in the future. When all these parents see is Khabib Nurmagomedov trying to jump on somebody and kick them in the face or Conor McGregor throwing objects through a bus, it gets difficult."

The grass roots element of MMA is something that desperately needs to be stimulated as far as Oglesby is concerned.

"The vast majority of people that go to an MMA gym are not going to fight. For the most part, people come in to get fit, to enjoy themselves and to make friends. They'll come in, hit the bag, do a bit of wrestling and maybe some jiu-jitsu rolling and then they will go home. That's what we need to promote here. This is what allows clubs to thrive without having to make professional fighters the calling card.

"There is no real notion of training in MMA as a pastime at the moment and it's very hard to develop that," he said.

"If you look at something like rugby. At a club, they will have a top team playing in a top league, but underneath them there is going to be 20 or 30 teams and the people on those teams are actually the people that make the club thrive. Yes, the 15 people who take to the field on a Saturday are important, but it's the underage teams and the teams behind them that allow the club to survive.

"We don't have that kind of structure yet. When you look at what happened at UFC 229 it damages us creating that structure." 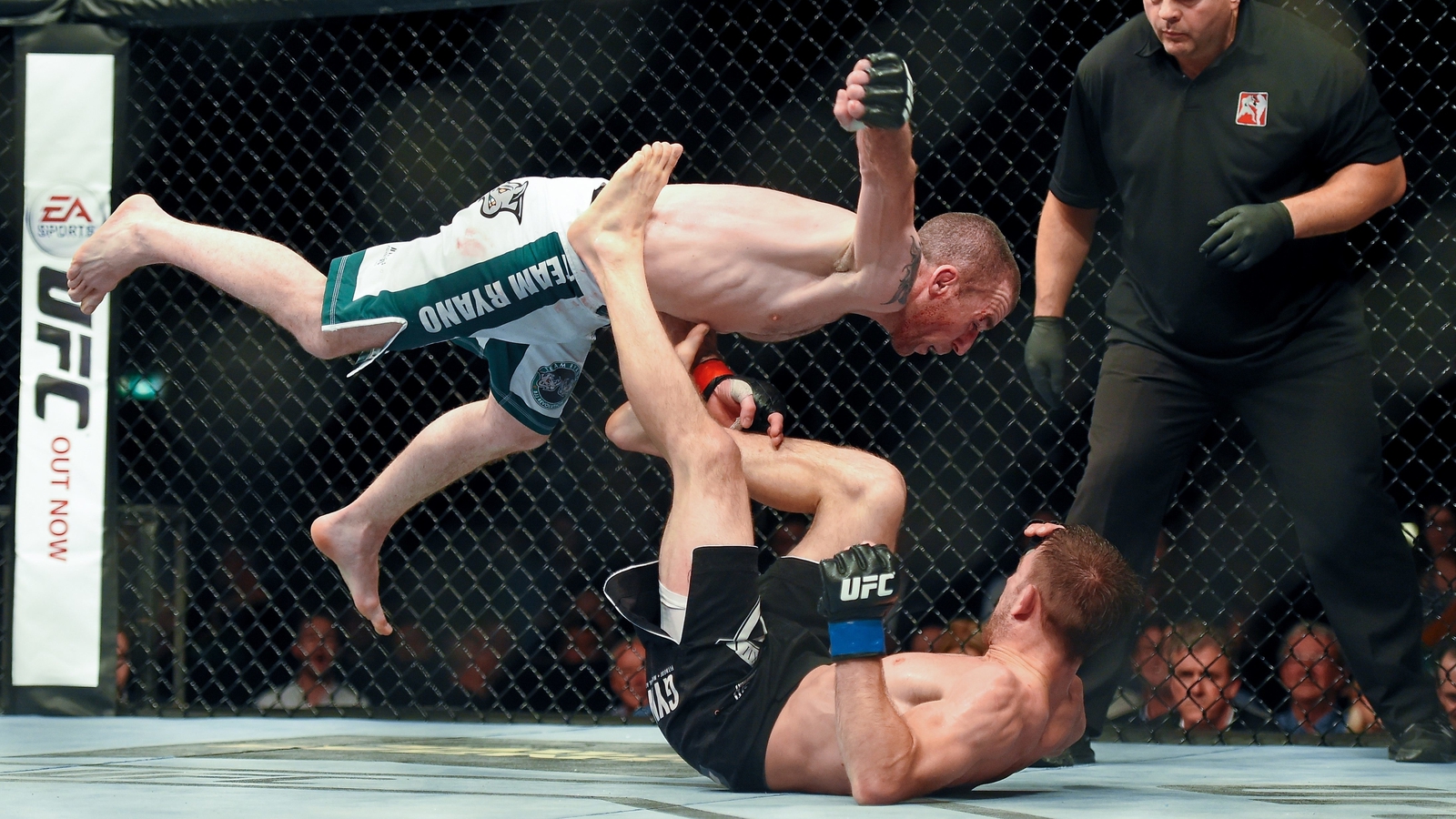 Neil Seery, in the white shorts, was trained by Andy Ryan

Andy Ryan, who has guided Irish fighters Neil Seery and Paul Redmond to the UFC, sees the Dana White promotion as a completely separate entity to the amateur sport that is seeking government regulation in Ireland.

"A lot of people don't understand the differences between amateur MMA and professional MMA," said Ryan. "At the weekend, that was the UFC, a private organisation and biggest MMA promoter in the world. The UFC needs to put a show on like we see in a lot of professional boxing fights. The amateur sport is completely different. It's got an Olympic ethos; it's about competing."

Team Ryano head coach, Ryan, believes that the amateur sport in Ireland must follow the structure that has been put in place by IMMAF, the international amateur MMA governing body.

"I went to Romania for the IMMAF European championships recently. I brought a team of juniors over and Ireland topped the table; we are the number one junior team in Europe at the moment.

"During that week there were no fancy weigh-ins, there were no spectacular walkouts and there were no people in attendance that were not in someway involved with the teams. We were waking up at 6am to weigh in and then were getting ready in the warm up room by 9am. 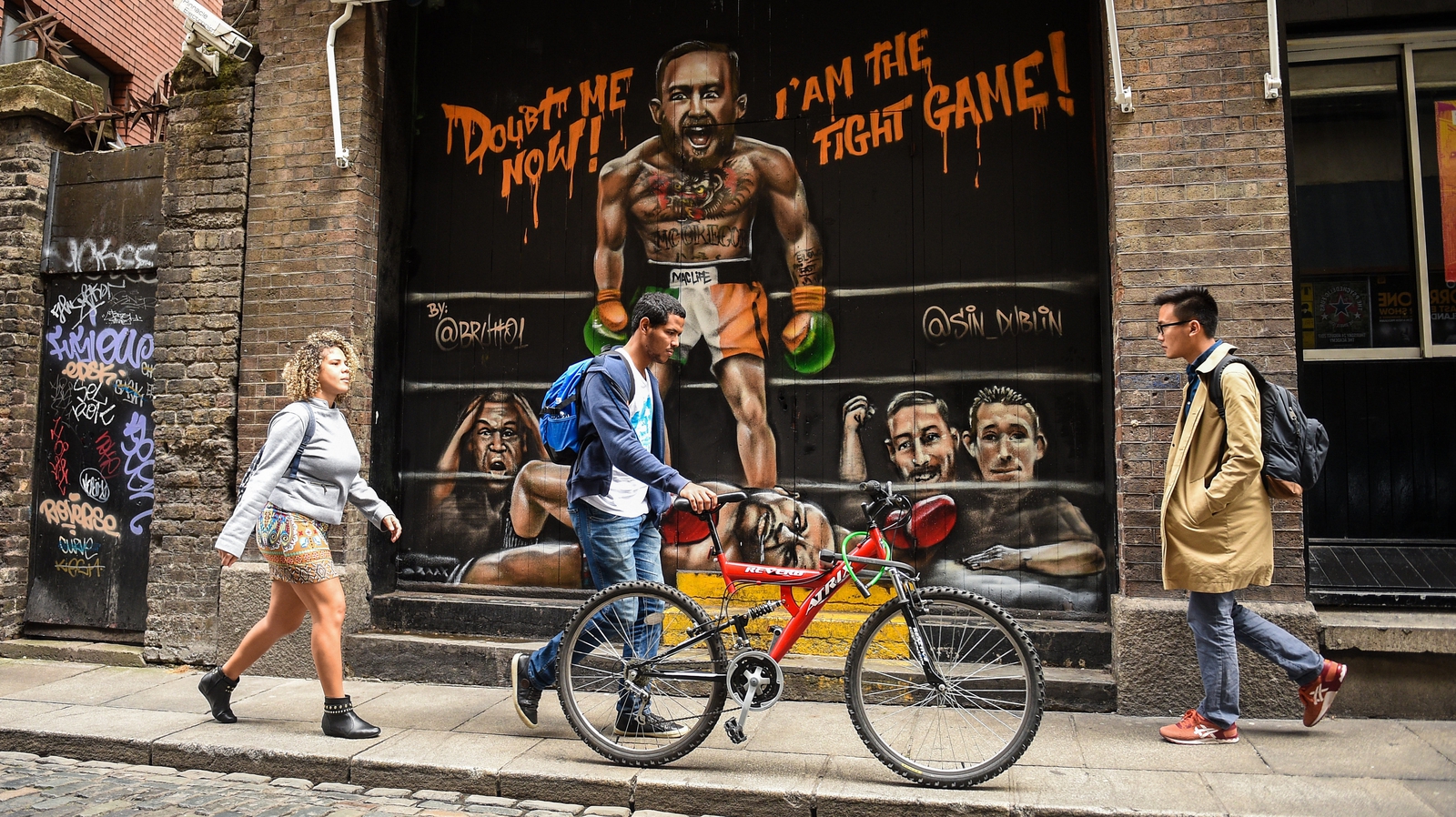 "We were in a room full of competitors and coaches from all over the world and there was absolutely no animosity whatsoever; it was a great atmosphere. Some of our lads went out in the first round, some of them won gold medals, but it didn't matter — we were there to compete in our sport. We were just happy to be around like-minded people from all over the world. That's what we're trying to get regulated in Ireland," Ryan explained.

"I know people are going to look at the UFC and think that is what MMA is, but that is not what we're doing. We want to regulate the amateur sport, the professional game can look after itself like we see in professional boxing.

"These promoters are private organisations, they are not a part of a world governing body, which we are. I think we need to keep amateur MMA separate from professional MMA."

Nurmagomedov far more than 'the lad that was on the bus'