Leinster LGFA will provide a live stream for Meath v Westmeath, while Galway v Mayo will live-streamed by Connacht LGFA,

There will be updates on RTÉ 1's Saturday Sport and Sunday Sport.

WEATHER
Saturday: Any lingering mist and fog patches will quickly clear to leave a dry day in most areas with varying cloud and sunny spells. Top temperatures of 16 to 19 degrees with light southwest or variable breezes. Sunday: A dry day for most with sunny spells, though a few light showers are possible, mainly in the east. Maximum temperatures of 17 to 20 degrees generally but a little cooler on coasts as sea breezes develop. For more go to met.ie.

Meath will be in buoyant mood as they get set to face Westmeath.

Not for the first time in recent times, Emma Duggan's second half goal proved crucial as Meath defeated Dublin by 1-8 to 0-10 last Saturday. 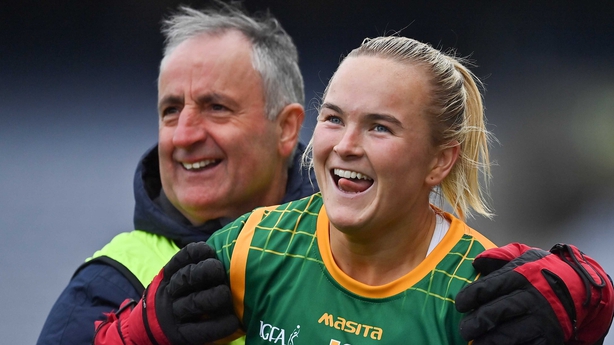 This weekend, they are back on their own home ground, and they face a Westmeath team that need to put in an exceptional performance.

In captain Ciara Blundell and Sarah Dillon, Westmeath have excellent attack-minded players, contrary to what their opening round defeat to Dublin might suggest.

Eamonn Murray makes five changes to the team that defeated Dublin last weekend. In defence, Áine Sheridan and Katie Newe come in to the full back line in place of captain Shauna Ennis and Mary Kate Lynch.

Niamh Gallogly earns a start ahead of Aoibheann Leahy while up front, Kelsey Nesbitt and Orla Byrne are selected to start ahead of Niamh O’Sullivan and Emma Duggan.

For Westmeath, Michael Finneran makes one change to the team from their last time out, with Karen Hegarty starting ahead of Anna Jones.

The sides last met in Christmas 2020 in the strangest of times; an empty Croke Park in the All-Ireland intermediate final.

After two years of heartbreak, Meath won the All-Ireland title in that grade, defeating their near neighbours by 2-17 to 4-5.

Westmeath hit three of their four goals in a four-minute spell and they will be hoping they can expose the Meath defence in a similar manner on Saturday, but the Royals may well have enough fire power to see them over the line.

Connacht title up for grabs 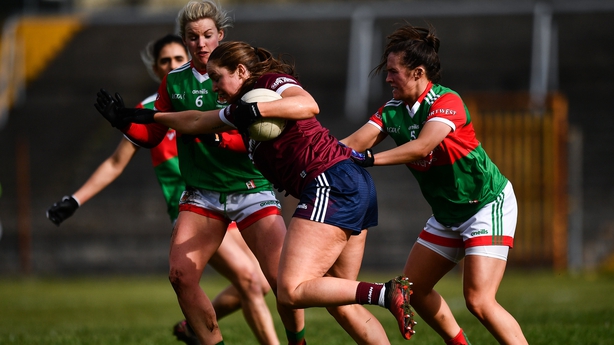 An intriguing encounter lies in store as old rivals Galway and Mayo go head-to-head in Tuam.

When the sides last met in a Connacht decider, back in 2019, Galway won a replay at the Gaelic Grounds in Limerick to land a third successive title.

Galway have had the better of the recent rivalry against the green and red, with Mayo landing Connacht crown in 2016 and 2011.

Since 2009, that's the sum total of Mayo’s provincial silverware haul, with Galway hoovering up the rest.

The four-in-a-row chasing Tribeswomen received a major boost during the Lidl National League when former team captain and ace forward Tracey Leonard returned to the fold.

Leonard scored two goals in that 2019 replay, but when these counties met most recently in the league, Mayo ran out 6-6 to 2-8 winners.

Sinead Walsh and Lisa Cafferky - pictured below - netted a brace each on that occasion and both are named in the Mayo forward line for Sunday’s clash. 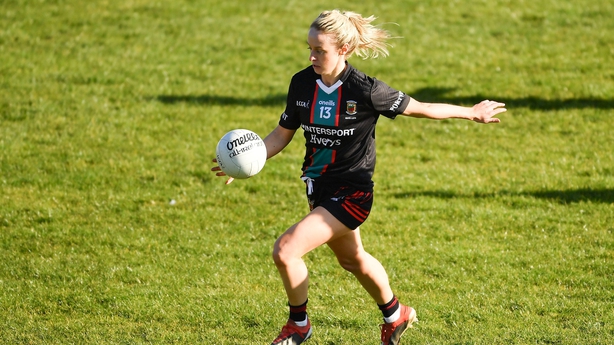 Galway will look to Leonard’s scoring nous and experience in the full-forward line, where she’s named alongside former underage stars Ailish Morrissey and Andrea Trill.

Morrissey has already enjoyed a brilliant 2022 as she landed an O’Connor Cup title with University of Limerick, after securing All-Ireland Club glory with Kilkerrin-Clonberne.

Rebels and the Deise meet in Munster semi-final

Cork will start any campaign as one of the favourites for silverware and 2022 is no different.

The Rebels may not have contested a Division 1 semi-final, but time out of the spotlight has allowed team manager Shane Ronayne to get his charges primed for championship.

Their summer season begins at Fraher Field in Dungarvan on Sunday, with hosts Waterford providing the opposition.

As recently as 2017, Waterford beat Cork in the Munster Championship, but the Leesiders are holders, having beaten Sunday's opponents in the 2019 decider, and they're fancied to reach another final.

Survival in Division 1 of the National League was vital for Waterford, but now they face the white heat of championship – and a Cork team determined to impress.

Waterford do have players that can hurt their opponents and boss Pat Sullivan is an experienced manager.

But Cork have named a strong team on paper for this one – with the O’Sullivan sisters, Ciara and Doireann, selected in the central attacking positions.

Kerry await the winners of this one in the provincial decider on 28 May.