Dublin go into Sunday's All-Ireland football final confident that whatever way the game develops against Cork, they have the tools to cope.

Mick Bohan’s side are aiming for a fourth title on the trot against the team who were the dominant force in the game prior to Dublin’s place at the top table. The Dubs lost three consecutive finals to the Rebels ahead of their 2017 victory.

With a play-maker of a goalkeeper in Ciara Trant, a resolute defence led by Sinead Goldrick, Lauren Magee the dynamic force in the middle of the field and a decorated attack including the likes of in-form Carla Rowe, captain Sinead Aherne, Noelle Healy and Nicole Owens, it is easy to see why they are favourites to hold onto the Brendan Martin Cup.

The game against the Orchard County was a free-flowing contest where the underdogs took Dublin for 3-08.

Armagh were level at the break and rallied at the end to push the champions all the way. It was in stark contrast to last year’s All-Ireland decider, where they edged out Galway in something of an arm-wrestle in Croke Park.

The clock read 22 minutes before either side scored – it was 1-00 to 0-01 in Dublin’s favour at the break, before they ultimately prevailed by five points. 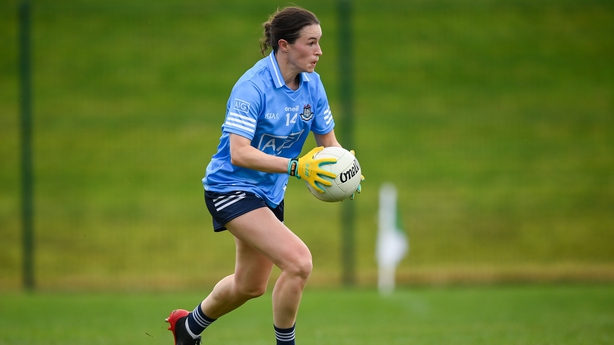 Speaking to RTÉ Sport ahead of the final, Aherne insists that both games illustrate that Dublin can find a way through whatever the rhythms of the game.

"It’s that level of belief we have developed over the last couple of years, just being able to find a way to win," she said.

"Some matches are like that, fast paced and end-to-end, then last year against Galway it was very much cat-and-mouse.

"That’s a pleasing aspect for us to have, to have that patience and belief that we’ll find a way."