The bad news for Cork or Galway is that four-in-a-row chasing Dublin, by their own admission, are only playing in patches.

Mick Bohan's side overcame a stern challenge from Armagh in today's All-Ireland semi-final, where Carla Rowe was central to their five-point winning margin.

The Orchard County trailed 2-02 to 0-01 after just eight minutes, but rallied until half-time with the sides level on 2-06 apiece.

The Dubs however found the net for a third time through Rowe, who finished with a tally of 2-04 on the night, to advance to a seventh successive All-Ireland decider.

Speaking to RTÉ Sport, the wing-forward admitted it was nervy at times against their Ulster opponents.

"Armagh are a very dangerous side," she said. "We knew if we took the foot off the pedal they would get goals.

"We hung in there and we saw it out. Thankfully in the second half we went with energy to see the game out."

Rowe said that Dublin’s patience in playing with width to counter Armagh’s deep-lying numbers was key to the result and ominously, says they are on an upward curve ahead of next month’s final.

"We have been training well and it’s been bubbling away nicely. We have been waiting for that performance to click together, and today it clicked in parts.

"There are still areas to improve on, but we are happier with that performance." 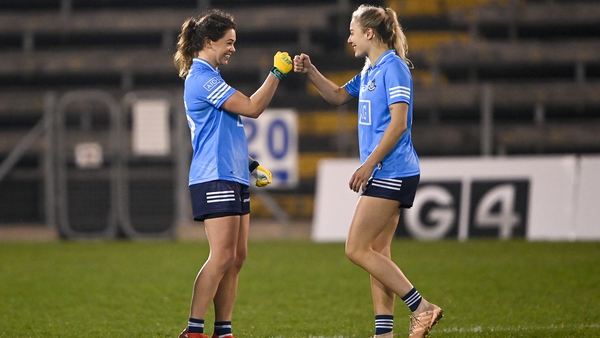