Louise Galvin says Kerry are determined to prove they are better than they showed in the Munster Ladies’ Football final when they battle it out with Donegal for a spot in the last eight of the All-Ireland series.

Galvin and Kerry were left reeling earlier this month when they went down to reigning All-Ireland champions Cork by 6-14 to 2-11 in the provincial decider.

Now Kerry will look to bounce back in the TG4 All-Ireland Championship when they play Donegal in a second-round qualifier at Birr on Monday.

It will be the first Championship meeting between the counties since 2011 when Kerry won, coincidentally in round two of the qualifiers at the same venue.

And forward Galvin is hopeful William O’Sullivan’s Kerry side – who boast an impressive record in the qualifiers of having never been beaten – can produce the right response to their crushing by Cork and set off on a winning run once again.

Galvin said: "For sure it was bitterly disappointing for us not to manage to retain the Munster title and the margin of our defeat made it that bit harder to take.

"It just underlined how strong Cork are – especially up front – but sadly for us not much went right and we know we were capable of performing much better than we did.

"Now we have a second chance thanks to the qualifiers and we are determined to make the most of it. Having said that, we expect Donegal to put it up to us in a big way and if we are to come out on top then we are going to have to play to our potential for the entire 60 minutes.

"We met them in this year's National League and while we won by six points, they showed that day that they are a decent team which is especially strong up the middle."

Away from football, life has been tough for Galvin over the last eight months.

Her world was turned upside down in November when her boyfriend Alan Feeley died from a brain haemorrhage at the age of just 28.

Alan had played football for Claremorris and rugby union with Old Crescent. He turned out for Claremorris the day before suffering the haemorrhage, which happened when he was doing a gym workout.

The sports fanatic from County Mayo had supported Galvin as she starred for Kerry and also the UL Huskies women's basketball team.

And she says the support received from the wider community in football and basketball after his death helped her to come through some of the toughest days she has experienced in her life.

She explained: "After Alan died it was not easy going back training and playing games in both codes but in a way it helped me get through.

"It gave me something to do when I could have opted to stay at home and it took my mind off things for a while at least, although it was difficult at times to focus.

"I am lucky to have some excellent friends in football and basketball and they – along with many others who are involved in them – were there a lot for me.

"Certainly if I was not playing these two games it would have been much harder for me."

Galvin has spent much of her time in recent months helping to organise "Alan's Sports Extravaganza" which will take place on Saturday.

The aims of the Extravaganza are to heighten awareness of the benefits of exercise, promote organ donation and keep alive Alan's memory. It will feature various activities – most of which will be free of charge – at University of Limerick during the day as well as a ball that night, which has already sold out.

Galvin added: "Soon after Alan died his family and friends felt it would be fitting for something like this to go ahead, partly to celebrate him as a person but also to show how important it is to be active and agree to be an organ donor.

"There will be lots of various activities on the day because Alan was so active himself.

"Sport really was a big part of his life and there should be something for everyone who comes along to try out.

"Also organ donation will be a strong theme as Alan's organs were given to five other people when he died.

"Even though his passing left a massive gap in the life of so many people who were close to him, it meant a lot to know that others were given a new lease of life through transplants and more people should consider signing up." 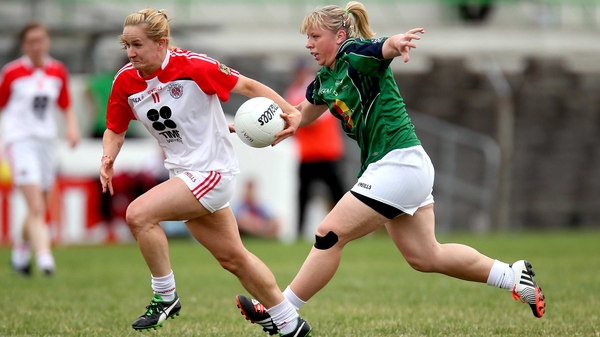 Tyrone too good for Kildare in qualifiers Ladies Football