Eleven months ago, Ballyhale were denied the three-in-a-row when Harry Ruddle netted with virtually the last puck of the game to give Ballygunner a sensational victory.

Ballyhale Shamrocks were favourites to turn over Dunloy in this year's edition but they certainly didn't have it all their own way in a tit-for-tat game that was close throughout.

Indeed Cody was a huge factor in the Kilkenny men stepping on the gas in the last few minutes to earn a 1-22 to 1-15 win and exorcise some demons.

"This time last year we were in a similar boat but we came out on the wrong side," Cody said afterwards.

"That was still in the mind because Dunloy were running at us and come the last few minutes I was saying, 'lads we need to get a few scores on the board or we could be in trouble'. Thankfully we did and we saw the game out."

Cody bagged 1-05 across the hour, all from open play, and showed once again his potential to become one of the best forwards in the game.

He was typically grounded however as he reflected on the impact of his side's success, both on the players and the community.

"It means everything," he added. "It's unbelievable. We're a lucky group to be where we are so often. It's a special time for this club, for these people. Long may it continue.

"You don't forget about that game last year. I had it firmly in my head. I said, 'lads, this can't happen again, we know what happened last year'. We just had to work that extra bit harder, come out the field a bit more, sit the bodies back. I said to the lads, 'if they get a run on us take them down'.

"There were no goals going in there in the second half." 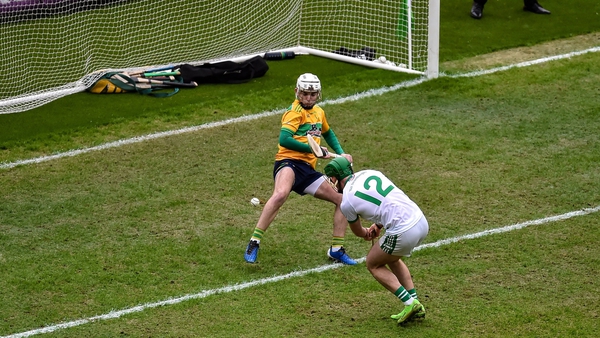