The 2022 Electric Ireland GAA Minor Star Hurling Team of the Year has been announced, with Offaly's Adam Screeney named as player of the year.

This year's side features four players from All-Ireland champions, Tipperary, while beaten finalists, Offaly, also have four. Galway have three representatives while both Laois and Clare each have two players on the XV.

Screeney, from the Kilcormac-Killoughey club, starred as the Faithful County made it all the way to the All-Ireland decider. He hit 5-51 across the championship.

The team was selected by a panel of GAA experts and was determined in part by Electric Ireland's 'Minor Moments of the Week’ initiative on Twitter via @ElectricIreland and #GAAThisIsMajor. 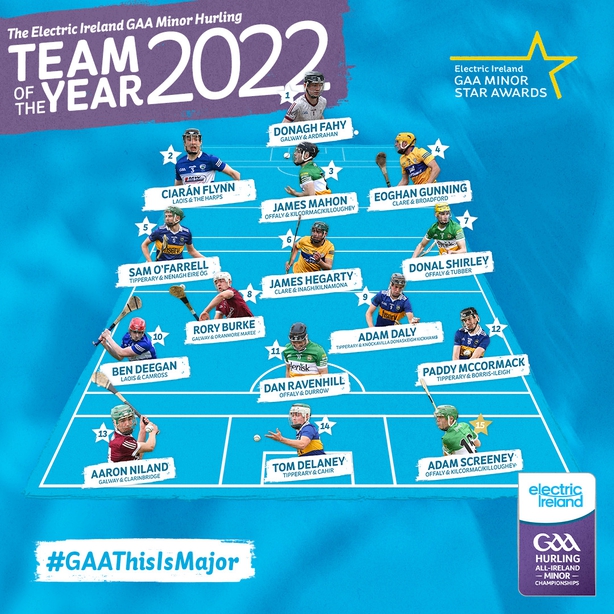 2 Ciarán Flynn (Laois and The Harps) 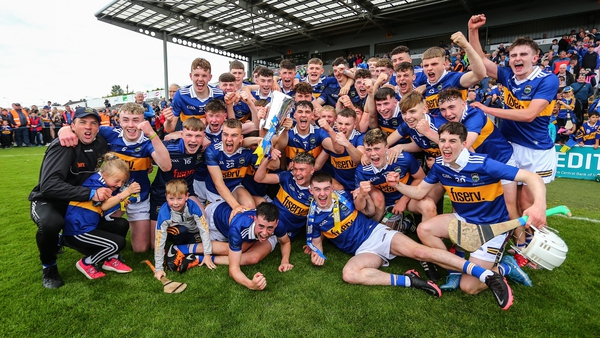