Defending champions Limerick will face Kilkenny in the All-Ireland final in under a fortnight after they prevailed in contrasting semi-finals this weekend.

Mikey Stafford and Rory O'Neill are joined by Jackie Tyrrell and Christy O'Connor to look back on Limerick's battle with Galway and Kilkenny's domination of Clare.

Limerick may be "creaking a bit' as for the third game in a row they were put to the pin of their collar and, were it not for some poor Galway shooting, we might be looking at an all-Leinster SHC All-Ireland final, which would have been something.

But Limerick's full-back line and subs bench delivered on a day when four of their six starting forwards were withdrawn, and Jackie believes John Kiely will have some interesting decisions to make in terms of training plan and team selection ahead of the final.

Kilkenny have an extra day to prepare, as well as a far easier semi-final to recover from as they blew a poor Clare team out of the water. TJ Reid was imperious up front as one of four Ballyhale players who performed heroically for their manager.

Again, the Kilkenny defence caught the eye, with Mikey Butler snuffing out Tony Kelly and Huw Lawlor again imperious in the air. That pair's battle with Aaron Gillane and Co will be worth the admission fee alone.

The lads also discuss Kieran Kingston's departure from Cork and ask what next for the Rebels? Could they possibly consider a manager from beyond the county bounds? 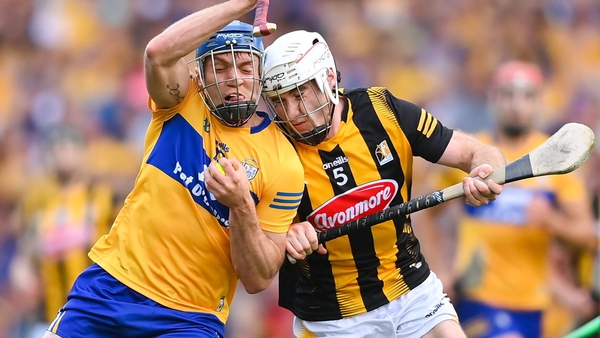