Midway through the second half of their All-Ireland hurling quarter-final with Wexford, Clare looked to be staring down the barrel of defeat.

With 15 minutes remaining in a largely lacklustre encounter, two rapid-fire goals from Mark Fanning and Lee Chin propelled the Slaneysiders into a sizeable lead, with a missed Peter Duggan free knocking further wind out of the Clare sails.

From there until the finish however it was the Banner that dominated, outscoring their opponents 1-10 to 0-02.

For manager Brian Lohan, it was a performance that said much about the character of his team.

"They really toughed it out," he told RTÉ Sport. "They [the players] were really disappointed with how they played in the first half.

"Things went against us in the second half but we've a great bunch, with a great spirit."

A two-time All-Ireland winner during his playing days with Clare, Lohan admitted that his side struggled to get going in Thurles. They recovered from the concession of a first-minute goal by Jack O’Connor, without ever finding a way of breaking down the Wexford defence.

"Credit to Wexford for the way they approached it. Tactically they caused us a good few problems."

Asked what was said inside the dressing room at the interval, Lohan said: "We probably could have been in a worse position. We came in level and then things went against us a bit in the middle bit of the second half and then we responded.

"We probably have some of the most exceptional talents that have ever been produced in Clare, and they are really hard workers as well." 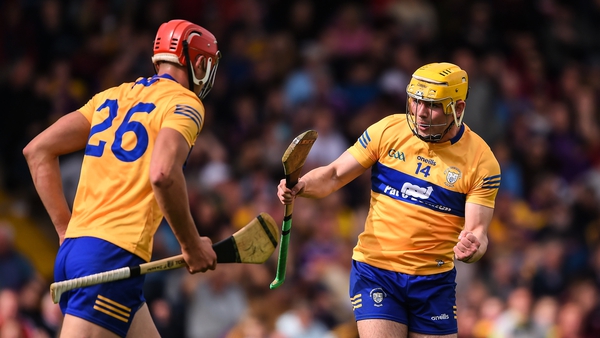