All-Star Tony Kelly underlined his star quality with a massive 0-20 haul for Clare who came from behind with a powerful second-half performance to secure back-to-back wins in the Allianz Hurling League.

A Hurler of the Year nominee in 2020, Kelly returned to the team after injury and led the line superbly, converting 16 placed balls and adding another four points from play.

Aidan McCarthy weighed in with four points from play too for Brian Lohan's side who are now safe from relegation having started their Division 1B campaign with losses to Antrim and Wexford.

Dublin, chasing a first win over top ranked opposition since defeating Galway in the 2019 Leinster Championship, led by two points at half time but couldn't push on and were outscored by 0-19 to 0-12 from there.

Donal Burke, with 0-32 already chalked up in three games, added another 13 points as the second-half turned into a free-taking contest that Kelly and Clare ultimately won.

The Munster outfit, who shook off the Covid-19 controversy of the last fortnight, return to activity next Saturday with a home tie against Kilkenny while Dublin will wrap up their campaign in Wexford on the same afternoon

Kelly was a late addition to the published line-up with the player failing to feature against Laois in round 3 due to a dead leg.

Colm Galvin, who missed last year's championship with a groin injury, was also drafted in for his first start of the year.

At the back, former Clare footballer Aaron Fitzgerald retained his starting slot while John Conlon captained the Banner from the half-back line.

In the Dublin ranks, Mark Schutte made his first start of the season and sniped a 26th-minute point.

The sides were level five times in an exciting opening half that ebbed and flowed.

Clare were dominant for a period and opened up a five-point lead with scores from Aron Shanagher, Kelly, Shane O'Donnell and Aidan McCarthy.

But Dublin finished the half strongly and goals from Ronan Hayes and Cian Boland in a four-minute spell approaching the interval nudged them back ahead.

Hayes did well for his goal, latching onto a Cian Boland delivery, spinning away from Fitzgerald and racing clear before shooting to the net.

Boland then netted himself, a victory for perseverance as the move looked to have broken down when Eamonn Dillon was cleverly hooked by Fitzgerald.

Dublin led 2-11 to 0-15 at half-time but it remained anyone's game with Clare aided by the light breeze in the second-half.

The sides were level again for the sixth time in the 40th minute following Clare points from Kelly and McCarthy.

Clare largely dominated from there on and consistently punished errant Dublin play with Kelly terrific on the frees, shooting just one wide from a placed ball all afternoon.

David Fitzgerald's introduction after the second water break lent further punch to Clare and he reeled off two points while sub David Reidy also got on the scoresheet. 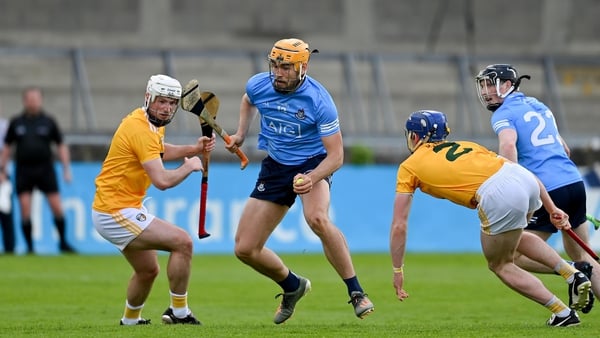 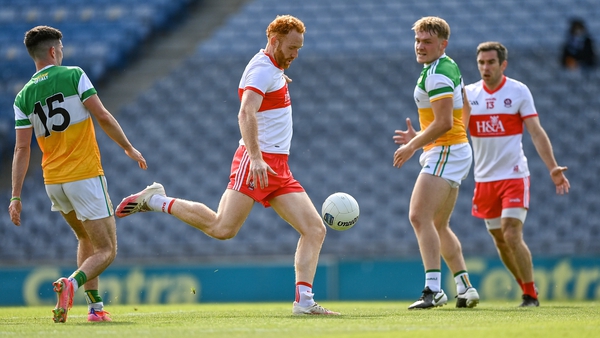 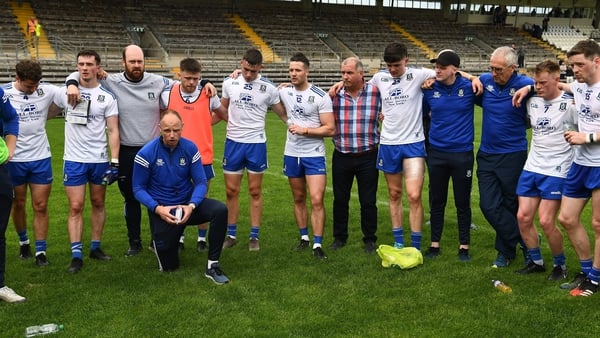 McCarron the hero as Monaghan edge Galway to stay up 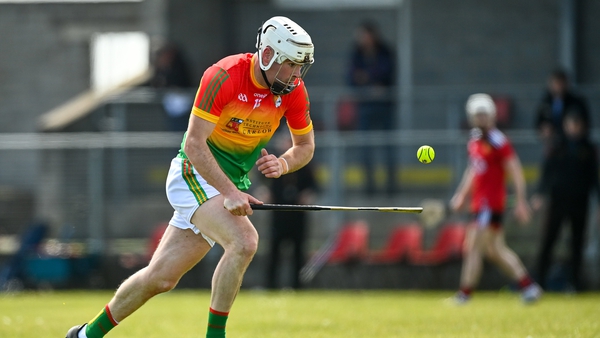