Waterford swept to promotion from Allianz Hurling League Division 1B with a convincing win over hosts Wexford today.

The sides were level at 0-04 apiece before Waterford - powered by a superb half-back line of Austin Gleeson, Tadhg de Burca and Philip Mahony - scored eight of the next nine points to lead 0-13 to 0-07 at half-time.

Although Wexford managed to close the gap to five points, centre forward Pauric Mahony shot 0-13 for the impressive Deise.

Apart from the opening 12 minutes when the sides shared out eight points, it was Waterford who generally dominated in most sectors of the field.

Driven on by the half-backs, Derek McGrath's men seized control and with the point-taking accuracy of Mahony up front, they outscored Wexford by nine points to three in the lead up to the interval.

Goal chances were rare in the opening 35 minutes but Waterford defender Philip Mahony threw his body on the line to block a goal-bound pile driver from Podge Doran in the 15th minute.

Wexford did have the first score on the resumption, a Paudie Foley point from distance, but that was as close as Wexford got to the front-running Deise.

With long-serving Waterford stars Michael 'Brick' Walsh and Kevin Moran winning vital possession out the field, there was little opportunity for Wexford to build up any momentum.

McGrath's side almost broke through for a goal in the 38th minute but Wexford goalkeeper Mark Fanning did well to save Stephen Bennett's effort. Eight minutes later, Wexford had a golden chance at the other end, with Kevin Foley shooting wide having been put in the clear by the lively Diarmuid O'Keeffe.

The Model men battled on gamely with Lee Chin and Mathew O'Hanlon doing well in defence, but the stout Waterford rearguard, with exemplary blocking and marking, never looked like yielding and Mahony was a class apart in the scoring stakes.

They will need more of the same from him when they host Galway in the league quarter-finals next weekend. 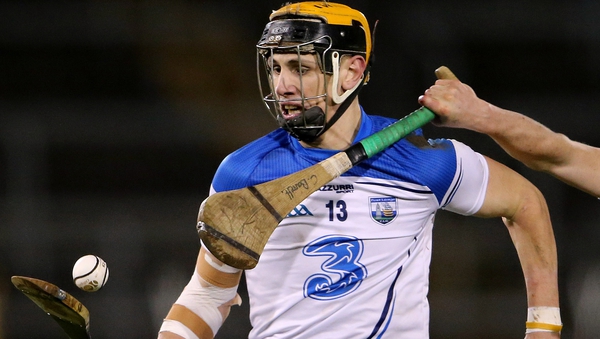 Waterford cruise to victory over Antrim