Galway manager Anthony Cunningham was full of praise for Jason Flynn who tipped the scales in the Tribesmen’s favour at the death to seal a 2-15 to 1-17 win over Clare in their Allianz Hurling league campaign opener in Salthill yesterday.

League debutant Flynn kept his nerve to steer the free over from 50 metres on the right, having a minute earlier tied the match with a 65.

Speaking to RTÉ Sport, Cunningham said of Flynn: “He’s a fantastic marksman, as can be seen with his long free and one tight from the sideline.”

Flynn has been no stranger to facing the Banner men at under-age level, having been a member of the Galway Under-21 side that lost last year’s All-Ireland semi-final to Clare, and was also on the starting side that won the 2011 All-Ireland minor title.

“He’s a fantastic striker, a great player and [was a] great player for us at under-age coming through,” added Cunningham.

“He showed great determination to win.”

Galway’s goals came at crucial stages, Cathal Mannion rifling home on the cusp of half-time and Joseph Cooney's goal levelling the scores with 12 minutes left on the clock after Clare had pulled away.

“To get the one before half-time was crucial,” said Cunningham.

“In the second half Joseph Cooney finished well and he had a couple of chances for some more goals too.

"It was nip and tuck there with five minutes to go and we just showed that bit more character." - Anthony Cunningham

“Overall, I’m delighted with the victory. It looked like a draw, it was nip and tuck there with five minutes to go and we just showed that bit more character.

“When you outfight Clare then that’s something to build on for the league.”

Cunningham said he and the team would be taking the league campaign seriously, rather than using it as a testing ground ahead of the championship.

He continued: “We want to do well in the league, that’s where you want to build most.

“You can train all you like. For us to improve we’ve got to get more out of the league.” 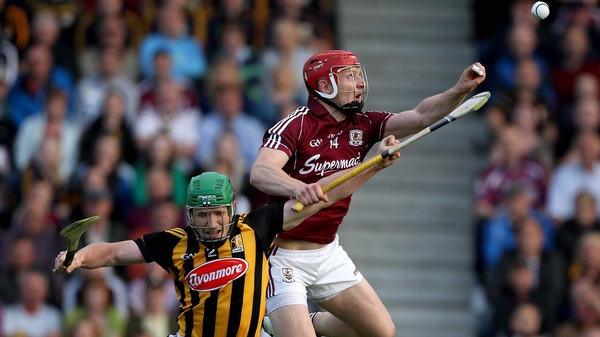