The GAA has defended its decision to schedule the Leinster SHC semi-final between Galway and Kilkenny at 7pm next Saturday – a decision which means the game cannot be televised.

The sides played out a thrilling 5-16 to 3-22 encounter in O’Connor Park on Sunday, three late Galway goals meaning that a replay is needed in the Tullamore venue next Saturday at 7pm.

The game cannot be televised because Sky are already due to show the Ulster SFC semi-final clash between Armagh and Monaghan. The broadcasting deal forbids two fixtures being shown at the same time.

This afternoon, Leinster Council Chairman John Horan claimed an alternate arrangement had not been possible with RTÉ.

“We waited on Monday morning for RTÉ to come to us with an offer as to a time suitable for them to actually show the game,” Horan told RTÉ’s News at One programme. “And the only offer put on the table by RTÉ was 2.30 on Saturday afternoon.

“If it had come back to us with an offer at 5.00 in the evening, certainly we would have given some consideration, but 2.30 is unpractical [sic]."

On Saturday evening, RTÉ is showing the Irish Derby on RTE One and the World Cup last 16 fixtures on RTE Two.

“We’re an amateur organisation, the players involved in both teams have jobs, the supporters [are] the same,” Horan said. “And I think in due deference to Tullamore as a provincial business town, I think it would be very unfair for us to crash in on top of it on a busy Saturday afternoon with a match at 2.30.”

Speaking later to RTÉ Sport, Horan elaborated on the reasons why a 2.30pm throw-in was not suitable for the two counties.

“[They are] both rural counties, where many ... with this good weather, farming work going on. We just felt that a 7pm start would have been the ideal, but the other game was on Sky, so we then thought 5pm in our heads.

RTÉ confirmed that it had offered the 2.30pm TV time and suggested streaming the game live, but said it had no further comment to make.

“And for the benefit of just getting streaming and having it at 5.00pm, we didn’t feel it was a good enough offer, really" - John Horan

Asked whether streaming the game online at 5.00pm was an option, Horan said “you’re not comparing really like with like. And streaming really isn’t, y’know, the answer around the country. There are areas where broadband isn’t available.

“And for the benefit of just getting streaming and having it at 5.00pm, we didn’t feel it was a good enough offer, really. Live television is what we wanted for the punter around the country.”

Last year’s Leinster SHC semi-final replay between Dublin and Kilkenny was streamed online, and broadcast at the same time as the Saturday Game Live on TV, with 50,000 live streams recorded. There were 124,000 streams of RTÉ’s live World Cup coverage on Monday night.

Asked whether any compromise might be possible, Horan said: “at this stage we’ve made our decision”.

He insisted that the arrangements were not made with a view to the GAA making money, indicating that ticket prices had been discounted and “we’ll also lose out, as a provincial body, on extra funding, because the match [isn’t being transmitted live]”.

“I know it’s a hard decision,” he said. “We’re purely thinking of the punter, and particularly of the players. It is an amateur organisation, and to ask lads to give up their Saturday fully out of work just would not be fair.” 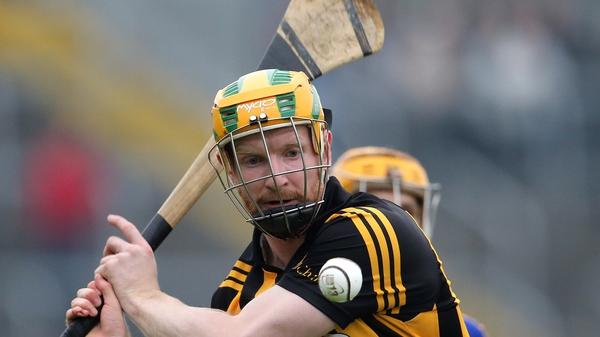