Dublin ended their 35-year wait for a Leinster Under-21 hurling title as they were crowned champions after a 2-18 to 3-9 win over Offaly at Parnell Park.

Sean Lane's side thrilled the majority of the 8,000 attendance as they ended the capital's famine at U-21 level and added to the minors' Leinster success of two-and-a-half weeks ago.

The Dubs flew out of the traps and held a 1-10 to 0-4 lead ten minutes before half-time. Ross O'Carroll goaled in the fourth-minute and his fellow senior panellist Alan McCrabbe fired over some impressive frees.

However two goals in three minutes got Offaly right back into contention as Alan Egan and Joe Bergin, who netted from a penalty, both raised green flags. Two further points left the Faithfuls trailing by only 1-10 to 2-6 at the break.

Another of Offaly's senior stars, Derek Molloy, swept home his side's third goal just four minutes into the second half and suddenly Offaly, who beat the reigning All-Ireland champions Kilkenny to make the final, were in the lead.

The introduction of big midfielder John McCaffrey, who was sprung from the bench after a long lay-off with a groin injury, helped rally the Dubs but Offaly, with wing forward Ciaran Slevin showing well, still led by 3-9 to 1-12 with 20 minutes remaining.

Yet Dublin somehow had another gear and they managed to outscore the Faithfuls by 1-6 to 0-0 over the closing stages to romp home to an elusive third U-21 title - their previous two wins were in 1967 and 1972.

McCrabbe, who finished with 0-9, drifted over a superb free from close to the stand, substitute Shane Durkin did likewise from the terrace side and further scores from Peadar Carton and McCrabbe (free) had Dublin in the ascendancy.

There was simply no stopping them and the win was topped off by a brilliant injury-time goal from senior star Carton. The O'Tooles clubman gobbled up possession 45 metres from his own goal, dashed forward and came back in on the end of the move to smack a rising shot to the net and end Offaly's hopes.

The full-time whistle brought about scenes of mass jubilation particularly for Dublin centre-forward Diarmuid Connolly, who was adding a second Leinster medal to the one he won with the capital's senior footballers at Croke Park last Sunday. 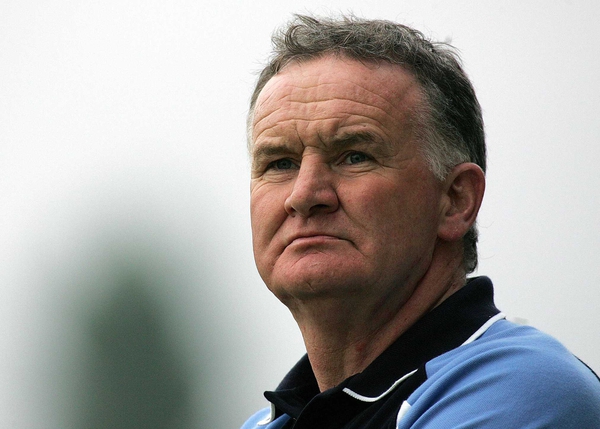 Naughton is sticking with Dublin