The Irish men's hockey team have qualified for the Rio 2016 Olympics thanks to Australia's 3-2 victory over New Zealand in the Oceania Cup final.

Australia had already qualified for Rio and as such Ireland were the next team in line to secure their spot at next year's games.

The team will be the first Irish hockey team to compete at an Olympics since 1908. The Green Machine have been patiently playing the waiting game since World League in Antwerp in July where they finished with a record high of fifth place.

They then made history by winning a bronze medal at the Eurohockey Championships in August to firmly cement their place amongst the best in European and world hockey.

Speaking about the historic achievement of qualifying for the Rio 2016 Olympics, coach Craig Fulton said: "Firstly commiserations to New Zealand and congratulations to Australia. We have secured our spot at Rio 2016! It probably hasn't sunk in yet but we’re over the moon. It’s testament to what the guys have achieved this year on and off the field." 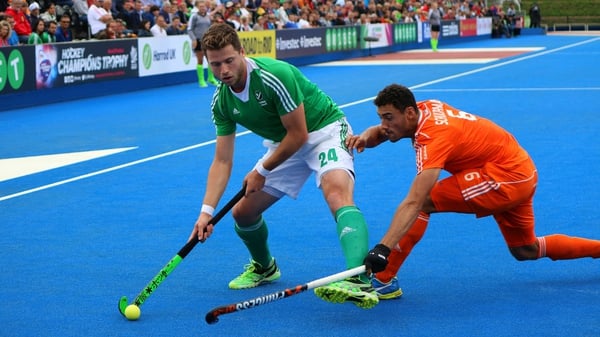