Ireland prevailed 4-3 in their opening Eurohockey Championship match against France at Olympic Park in London.

The Green Machine edged a contest that see-sawed throughout. France, ranked 17 in the world, are a young squad on the rise as a large amount of the extended panel were part of the Under-21 team that reached the Junior World Cup in 2013.

Kyle Good got the men in green off to the perfect start with a terrific solo run before chipping the ball over the goalkeeper in the opening minute.

Ireland looked the better team throughout the first quarter and controlled possession but France showed their talent in the second quarter and into the second half.

Two goals for France gave them the lead after lapses in concentration by Ireland.

Peter Caruth levelled the game in the 36th minute. Eugene Magee wound up for the shot but Caruth pipped him to it, with his initial effort saved before he slotted the rebound past the keeper.

Jonny Bruton’s goal, awarded after a video referral, came as the result of dogged determination and excellent positioning as he forced the ball under the goalie and over the line.

Shane O’Donoghue made it 4-2 with a trademark penalty-corner power shot; he fired the ball down the centre and through the legs of the goalkeeper.

That scoreline didn’t quite do the French justice and they rifled the ball into the bottom right corner in the 52nd minute to make it a nervy finish for their opponents.

Five yellow cards, two for Ireland, (Calum Robson and O’Donoghue), reflected the intensity of the game and maybe a lack of discipline that cost both sides at stages during the contest.

Nonetheless the win is the start Craig Fulton and his side were looking for as they face stiffer opponents in their remaining two group games. Germany and Belgium - ranked third and fourth respectively in the world - await.

After the match Fulton said: “It was a good win today and we played well in phases. France are a very attacking team and scored some good goals. The result today was important for us. But we need to improve in every game and we’re keen to do that." 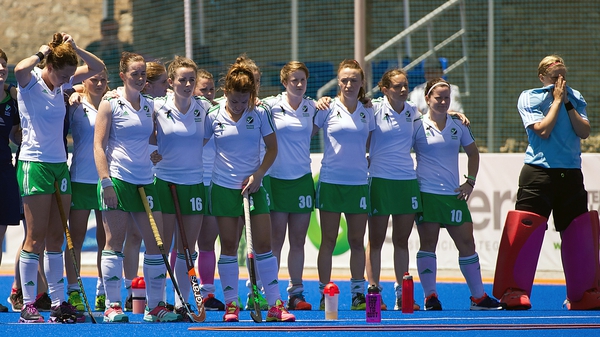