Rory McIlroy believes elite golf can come together again despite the continuing bitterness between the established tours and upstart LIV Golf.

The arrival of Saudi-backed series has fractured the game this year, with a number of the world's top players switching to the lucrative new circuit.

McIlroy, the world number two, has been a strong critic of LIV and has repeatedly bemoaned its impact on the sport but remains optimistic a harmonious way forward can be found.

The Irishman told BBC Sport: "I'm just a golfer but the powers that be need to sit down and have a conversation.

"Right now with two lawsuits going on, and how heightened the rhetoric has been, I think we just need to let it cool off a little bit.

"While that is trundling on I can't see anything happening. It has been an ugly year but there is a solution to everything.

"If we can send rockets to the moon and bring them back again and have them land on their own I'm sure we can figure out how to make professional golf cohesive again."

McIlroy was speaking at St Andrews ahead of this week's Alfred Dunhill Links Championship.

It is the 33-year-old's first return to the Old Course since narrowly missing out on a fifth major title at the Open in July.

"I feel like time and time again, I've been able to bounce back from some adversity."

McIlroy had held a share of the lead with Viktor Hovland heading into the final round but, despite shooting 70, he was pipped as Australian Cameron Smith came from four strokes behind.

He responded by winning the Tour Championship and the FedEx Cup play-off series.

"I feel like time and time again, I've been able to bounce back from some adversity," said McIlroy, who has also finished second and fourth on his last two DP World Tour appearances.

McIlroy is eyeing another victory this week at an event which features rounds at Kingsbarns and Carnoustie as well as two at St Andrews.

"I don't think it would quite make up for missing out on a Claret Jug but it would certainly soften the blow," said McIlroy, who will play alongside his father under the tournament's pro-am format. 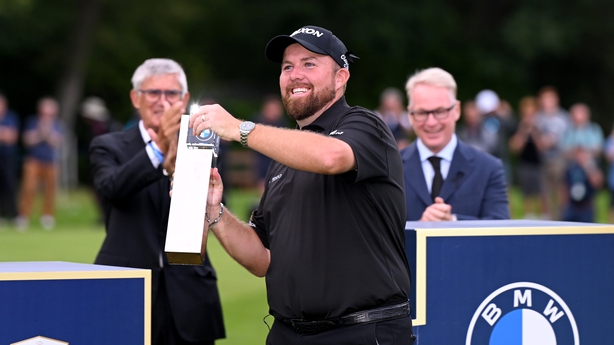 Meanwhile Offalyman Shane Lowry arrives in Scotland in form after his victory at the at the BMW PGA Championship earlier this month.

The 2019 Open champion said: "I'd love to win at St Andrews and to win this tournament would be very special, and it would definitely be another box ticked in my career.

"It's definitely one of the places you'd love to win."

Danny Willett returns to defend his title while Tyrell H atton, twice winner and two-time runner-up, is also in the field.

A number of LIV-affiliated players are involved including Louis Oosthuizen, Charl Schwartzel and Talor Gooch. Patrick Reed had been due to play but withdrew due to injury earlier this week.