England's Daniel Gavins overturned a seven-shot deficit to claim his first European Tour title in the ISPS Handa World Invitational at Galgorm Castle, while Thailand's Pajaree Anannarukarn also had a maiden win in the women's event.

Gavins carded a bogey-free final round of 65 to set the clubhouse target of 13 under that no-one was able to match.

Compatriot David Horsey held a share of the lead until losing a ball on the 18th following a wild tee shot, while New Zealand's Daniel Hillier had been 13 under before dropping shots on the 16th and 17th.

Local Ballymena man Dermot McElroy was best of the Irish as he finished in a tie for 19th on seven under. Tom McKibbin was two shots back after a final round 70.

"I can't believe it," Gavins told Sky Sports. "I was seven behind going into the final round. I'm speechless. I don't really know what to say.

"I just tried to shoot as low as I could. Seven behind I didn't really think I had a chance of winning so maybe there was a bit less pressure there.

"I've been playing well but I was going to have the week off because I knew there were a lot of Challenge Tour events coming up so I thought a week off maybe and then play the rest of the Challenge Tour.

"I just can't believe it. I think it will take a while to sink in."

Overnight leader Jordan Smith reached 17 under with birdies on the second and fourth, but ran up a triple bogey on the sixth after attempting a risky recovery shot from the base of a tree but hitting a root before the ball and seeing it ricochet backwards into his own caddie and bag.

In the women's competition, which also carried $1,500,000 in prize money as a Ladies European Tour event, Thailand’s Anannarukarn claimed the title in Antrim after a play-off win over American Emma Talley after the pair finished on 16-under.

Anannarukarn claimed her first LPGA Tour title on the second play-off hole after Talley had missed a par putt on the 18th.

Banbridge golfer Olivia Mehaffey finished in a tie for 17th as a final-round 70 left her on eight-under. 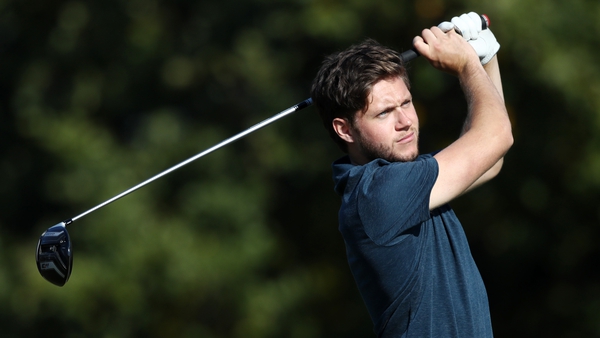