Shane Lowry knows from first-hand experience how on-course microphones can get players into trouble.

Lowry was heard calling himself a "F****** idiot" on live television after hitting a tee shot into the water at the Honda Classic in 2016 and was duly fined by the PGA Tour.

The Open champion is far from alone in using strong language in moments of frustration, but the subject of so-called "hot mics" is back in the news after Justin Thomas was heard using a homophobic slur during the third round of the Sentry Tournament of Champions.

Thomas apologised for the remark but was later dropped by clothing sponsor Ralph Lauren, who said the world number three's actions "conflict with the inclusive culture that we strive to uphold".

"I got caught out before. I got penalised for it," former winner Lowry said ahead of this week's Abu Dhabi HSBC Championship, where Thomas makes his return to action.

"It's tricky. We're out there, it's your livelihood. You're out there under high-pressure situations. The way I am, I wear my heart on my sleeve. I give my best every day. Sometimes I can get a bit hot under the collar.

"You need to be careful what you do say and you need to watch what you're saying because people are watching at home. The microphones do get very close at times, especially when you're under a high-pressure situation.

"I'm not condoning what anyone says, I'm not saying we should be allowed to say what we want, but if people keep getting caught out and people don't like what they're hearing, maybe it's time to keep them (microphones) a bit further from us. 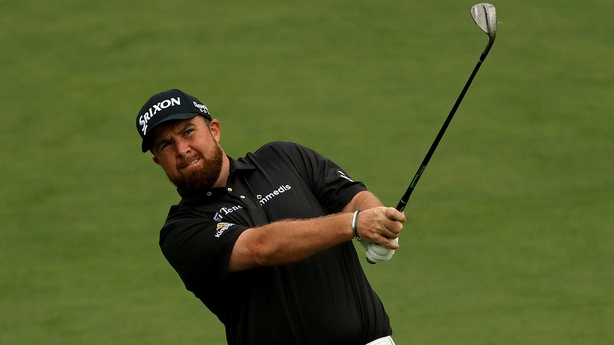 "Phil Mickelson and Bones (his former caddie Jim Mackay) are famous for their conversations. There's one from The Open of myself and Bo (Martin, his caddie) and it's great in those situations that people really get to interact and see how we go about our business.

"But, in another situation, when people hit bad shots, they're going to let out anger and you have to weigh up the options and see what's the best."

Lowry has made no secret of his ambition to secure a Ryder Cup debut this year, but insists the subject has not come up during his regular practice rounds with European captain Padraig Harrington.

"It's funny, we genuinely never talk about it," added Lowry, who feels he is better equipped to qualify now than when he "messed up" his best chance to make the team in 2016.

"I don't want to leave it to him to have to pick me, because I know how hard a decision that would be.

"If I'm playing great golf and deserve a pick, I deserve one, end of story. But I don't want to have to depend on one. I want to make the team and he knows that more than anything."