Rory McIlroy produced an impressive and tactically sound third round of golf at Winged Foot to leave himself in the hunt for the US Open heading into Sunday.

The Northern Irishman parred every single par-four on the course, both par-fives were birdied, and he registered a birdie and a bogey on the par-threes to get around in a two-under 68 that left him on one-over for the tournament.

It was a strong showing, though scoring on the course generally improved as the day wore on.

"If you can back it up with stretches of golf like I showed there, that's what you have to do. It's not going to be all plain sailing in this tournament."

Matthew Wolff, 21, sits on five-under, two clear of second-placed Bryson DeChambeau and six ahead of McIlroy.

Wolff, who was fourth on his major championship debut in the US PGA last month, birdied the last to complete a brilliant 65 and equal the lowest score of the week.

Victory on Sunday would make him the first player to win the US Open on his championship debut since amateur Francis Ouimet's triumph in 1913, 107 years ago to the day. 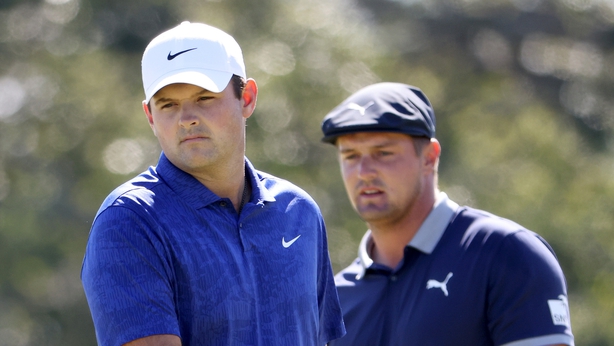 DeChambeau bogeyed the last for an even-par round of 70.

Meanwhile Shane Lowry endured a torrid day at the office.

His round finished roughly as it started - with a treble bogey. He hit one on the second and another on the penultimate hole.

He found the greenside rough, his effort to spoon it out of there saw it dribble into the bunker on the far side of the green. He took two goes to get out of there and then two-putted for a seven.