The decision on whether to hold the Ryder Cup without fans at the course is in the hands of the organisers, but the players do not want the biennial competition to take place with empty galleries, Europe captain Padraig Harrington said.

The golf calendar has been massively disrupted by the coronavirus pandemic but the Ryder Cup is clinging to its scheduled start in Whistling Straits, Wisconsin from 25 to 27 September.

The US PGA and European Tours are suspended, three of the year's four majors have been rescheduled and the British Open has been cancelled.

PGA of America chief Seth Waugh has said the Ryder Cup may have to be played without fans, but raucous galleries are one of the things that make the clash between the United States and Europe stand out from regular tour events.

"Nobody wants it to happen without spectators," three-times major champion Harrington said. "You get the partisan crowd supporting us or against them. It's like being in a football match.

"We all grew up with those feelings of wanting to be a hero, and it's our one chance where we get it. It's the spectators that drive that. The team atmosphere, the adrenaline, the buzz you get from the crowd. For us, that's our payback."

Harrington has shared his opinions with the organisers.

"I've been very much involved," the Irishman said. "They ask me for my opinion which I'm sure they take to the meetings. But ultimately it is slightly above the pay grade of a captain."

Other than in wartime, the only occasion the Ryder Cup has been postponed was when the 2001 event in England was delayed for a year following the September 11 attacks in New York and Washington. 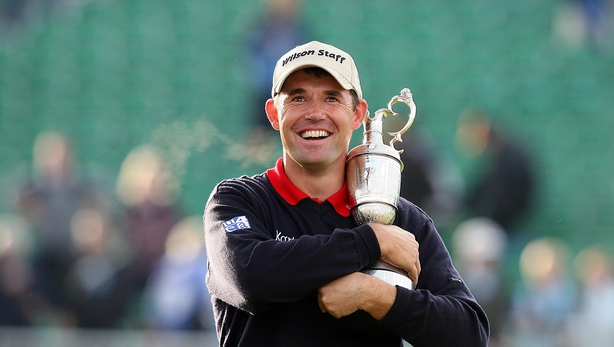 In the meantime, preparations for Europe's title defence are in full swing, and Harrington's priority is drawing up a fair blueprint for qualification given the number of events that have been called off due to the coronavirus.

Team Europe was set to include the top four on the European Tour list, the leading five on the world points list and three captain's picks, but that could now change.

"We've had half a dozen (mathematical) models depending on when they restart," Harrington said. "The biggest thing is that they're fair."

The 48-year-old has kept busy during the lockdown by filming golf lessons in his Dublin home for his 150,000 Twitter followers and spending time with his family.

"Everybody is going to have worries, whether it's for themselves, their friends, their families, or financially. It does weigh down on us and the key is to find somebody to have a conversation with," Harrington said.

"The biggest thing is to talk. Get it out there. I know that's how I used to deal with the stress and pressure of competing."