Leona Maguire had to settle for an opening round four-over par 75 at the US Women’s Open where Japan’s Mamiko Higa leads the way on six-under par.

Having finished in the top-25 at the Women’s British Open, the Cavan native was looking for a bright start in Charleston, but a double bogey at the second and a further dropped shot at the par-three sixth hole had her in a spot of bother early doors.

However two birdies in three holes by the turn had her well placed, but bogeys at 11 and 16 saw the US-based player finish at four-over par.

She lies one shot behind Stephanie Meadow who faltered on the back nine. Beginning at the 10th she was one-over at the turn, but three bogeys halted her momentum before concluding her round with her only birdie of the round.

Higa carded a six-under 65 at the Country Club of Charleston, hitting six birdies during a blemish-free round to edge ahead of America's Gina Kim and Germany's Esther Henseleit.

The 25-year-old got off to a quick start, picking up shots on the third, fourth and fifth holes before hitting back-to-back birdies once again on the ninth and tenth.

A final birdie on the par-three 17th helped her clinch the third-lowest round in the tournament's history, with the record standing at 63.

Kim, starting on the back nine, mixed an eagle and six birdies with three bogeys to close on 66, while Henseleit hit a bogey-free round to join her in second.

France's Celine Boutier sits a shot further back on four under, closely followed by Sei Young Kim of South Korea and Spain's Azahara Munoz on 68.

England's Bronte Law, who claimed the first LPGA title of her career at the Pure Silk Championship in Virginia on Sunday, struggled to continue her momentum and finished joint 43rd on one over par.

She was joined by defending champion Ariya Jutanugarn and world number one Jin Young Ko, who also opened with a 72. 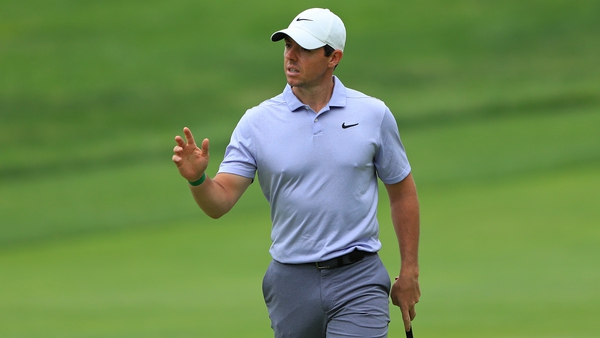