It is five years since Stephanie Meadow took her first tentative steps along the opening fairway at Pinehurst to begin life as a professional golfer.

Coming out of the amateur college circuit in America, the Jordanstown native had excelled both on and off the course at the University of Alabama, becoming the first four-time first-team 'All American', while twice representing Great Britain and Ireland at the Curtis Cup.

The natural next step was to move into the paid ranks of the sport, and where better to start than the 2014 US Open, taking place at the famous No.2 course at the Pinehurst Resort in North Carolina.

Martin Kaymer had just secured the men’s US Open at the same course the previous Sunday, while Meadow was one of 29 Europeans in the field looking to complete a historic double.

And the then 22 year old came oh so close.

Three over at the half-way stage, Meadow found herself inside the top ten heading into the weekend, while her 69 shots on Saturday proved her first under-par round in her new life as a professional as she moved into a tie for third place, setting up the final day’s play with just Amy Yang and Michelle Wie ahead of her.

Meadow would again go under par in the final round to move to one under par, and while she was unable to catch eventual winner Wie - who finished three shots ahead - the Ballyclare golfer would cement third place all to herself, with just Stacy Lewis and a remarkable final-round 66 between her and the winner.

What an introduction to the professional ranks to finish third at, perhaps, the most prestigious tournament in the women’s game, while pocketing the substantial sum of $270,000 plus change to set her up nicely for the long road ahead.

There have been many bumps and bruises on the road from the 2014 US Open to this week’s edition for Meadow – certainly too many for one so young.

Yet Meadow’s career is back exactly where she wanted it to be, as a full member on the 2019 LPGA Tour, and coming into this week’s major with some form to her name having made the cut at last week’s event in Williamsburg.

Meadow shot a four-under 67 on Sunday to move right up the leaderboard and will be looking to maintain that form as she tees it up at the Country Club of Charleston in South Carolina on Thursday. 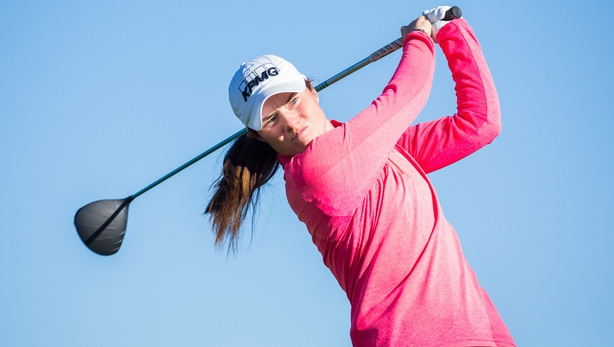 Joining Meadow in the field at this week’s major – the second of the calendar year – is Leona Maguire, another Irish golfer who arrived onto the professional circuit boasting a stellar amateur career.

Three years Meadow’s junior, the two US-based amateurs played together on the 2012 Curtis Cup-winning team at Nairn in Scotland, while Maguire, playing out of Duke University, would go on to become the world number one amateur.

Less than a year into her professional career, the Slieve Russell golfer has already gained her Ladies European Tour card, secured her maiden professional victory and is well on the way to making it onto the LPGA circuit for 2020 as she sits atop the Volvik Race for the Card standings.

New to the ranks, yet already a very experienced golfer, Maguire has competed in several majors and boasts a top-25 finish at the Women’s British Open, so teeing it up at the high-profile US Open this week will not faze the Cavan native.

And Maguire will find herself in esteemed company this week as she plays alongside legendary four-time major winner Laura Davis and the remarkable Karrie Webb, who has seven major titles to her name and is the last player to successfully defend the US Open, winning back-to-back titles in 2000 and 2001.

There will be less of a spotlight on Meadow’s opening three-ball as she tees it up with Germany’s Esther Henselete and America’s Marissa Steen, however, with 12 former US Open winners in the field, it shows the quality on show and the size of the task that awaits both Irish golfers. 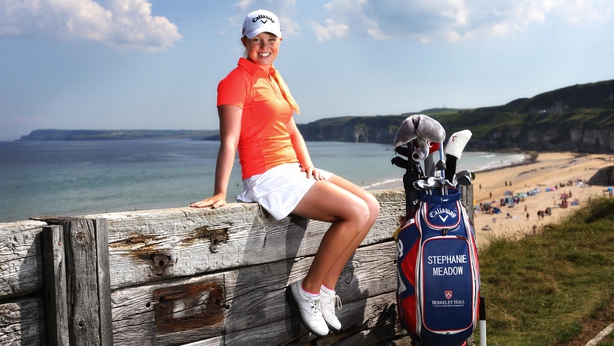 Maguire is currently ranked 177th in the world, while Meadow sits just inside the top 300 at 298th position.

Meadow is certainly moving in the right direction up the rankings, while Maguire has jumped a remarkable 437 placed throughout the past 12 months, so while the Irish duo will be considered underdogs this week, both will arrive with high-profile experience to draw from.

And the two Olympians are among a group of 15 to have seen competitive action at the Charleston links, having played the 2013 US Amateur Championship at the same venue.

Ariya Jutanugarn will be looking to match Webb’s back-to-back success having landed the 2018 US Open following a memorable play-off against Kim Hyo-joo.

And she opens her title defence playing alongside American Lexi Thompson (pictured below) and Sung Hyun Park, the 2017 champion. 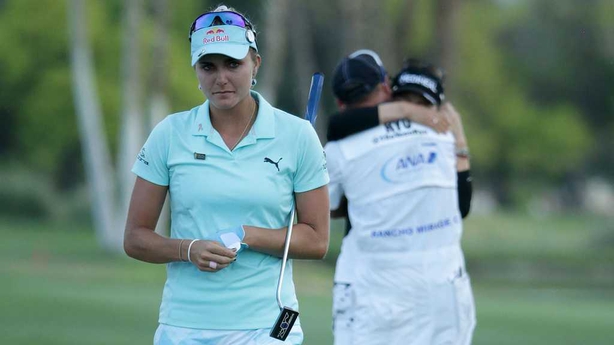 Jutanugarn has not been able to take that 2018 form into this year but should be encouraged by the fact that she has not missed a cut this season.

In what should prove a very open event, playing on the suitable 6,535-yard, par-71 track, South Korean Ko Jin-young is the bookies’ favourite, having won the ANA Inspiration, while Minjee Lee, Carlota Ciganda, Jeong-eun Lee, Brooke Henderson, Nelly Korda and Nasa Hataoka are all expected to be in contention.

England's Bronte Law is another who will be hoping to claim top prize and is certainly the golfer in form having won her maiden LPGA title last weekend, winning the Pure Silk Championship in Williamsburg.

And this year’s event sees the winner take home $1million, the first seven-figure top prize in women's golf in a total purse of $5.5 million.

"I can definitely say I think the players are very excited about the news, and hopefully we can just keep on improving," said Lexi Thompson.

"I think it's amazing news. And I think it strikes us as the women's game is growing so much. I think it's very well-deserved."

One player who will not be in South Carolina to compete for that lucrative first prize is Michelle Wie who is recovering from a wrist injury.

"It was a difficult decision to make because the US Open was one that I was looking forward to playing in all year, but my recovery and health is the priority," said the 2014 winner.