Graeme McDowell carded a second round 66 to shoot to the top of the leaderboard at the Genesis Open, but Tiger Woods will play no further part in the competition after missing the cut.

Bad light brought an early end to the second day with some players still to finish their second rounds, but sitting joint-top at seven-under par with Patrick Cantlay and Sam Saunders is McDowell after going three shots better than yesterday’s opening round.

McDowell posted seven birdies along the way, with back-to-back bogeys at 13 and 14.

Woods meanwhile hit eight bogeys and three birdies to leave him on six over, four shots off the projected cut.

"I've enjoyed the way I've hit it the last couple days, and I look forward to getting back at it tomorrow."@Graeme_McDowell is tied for the lead at 7 under @genesisopen! pic.twitter.com/fQlCc9C6ca

Woods meanwhile hit eight bogeys and three birdies to leave him on six over, four shots off the projected cut.

"I've just got to play more tournaments," he said afterwards.

"I haven't played golf in years," he said. "I'm starting to come back and it's going to take a little time. 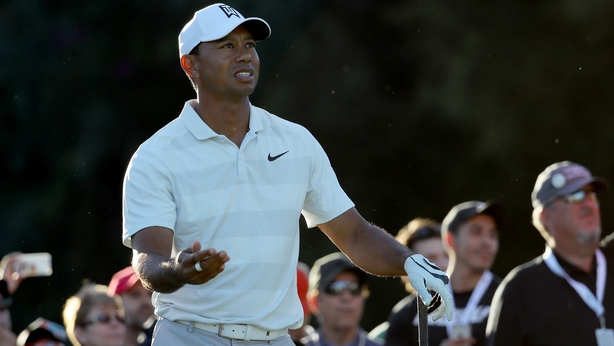 "I am progressing, I'm starting to get a feel for tournament golf again. I just need to clean up my rounds."

"Today was the first day I felt bad with a putter this year. I didn't feel very good when I was warming up about putting."

McIlroy is five shots behind McDowell after a second round 69, which included five birdies and three bogeys, to leave him on two-under par.

Sam Saunders was one of the players yet to complete his second round and he was on seven under with McDowell and fellow American Cantlay after 15 holes of his second round. 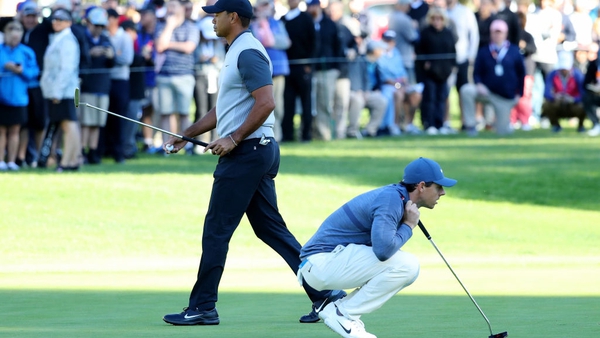