Rory McIlroy could be forgiven for having an anxious eye on the leaderboard ahead of his second round of the 79th Masters on as he looks to keep his bid to complete the career grand slam on track.

McIlroy was happy enough to recover from one over par after 11 holes to record an opening 71 at Augusta National for the third time in three years, only to then see Ryder Cup rival Jordan Spieth record a stunning 64.

And with Spieth resuming his campaign for a first major title almost four hours before McIlroy, the world number four has the chance to make McIlroy's task considerably harder.

"It could have been a round that got away from me," said McIlroy, who is looking to join Gene Sarazen, Ben Hogan, Gary Player, Jack Nicklaus and Tiger Woods in winning all four major titles.

"I just kept telling myself to stay patient, realising it's a 72-hole golf tournament and I don't need to press too much. That's what I did and it was good to get into red numbers after day one.

"I haven't put too much pressure on myself. I obviously know what I can achieve this week but I'm not letting myself think about it too much."

Spieth is the youngest player to lead the Masters after the first round - surpassing McIlroy's record from 2011 - and would be the second youngest champion after Woods if he can go one better than 12 months ago, when he led by two shots after seven holes of the final round before finishing joint second behind Bubba Watson. 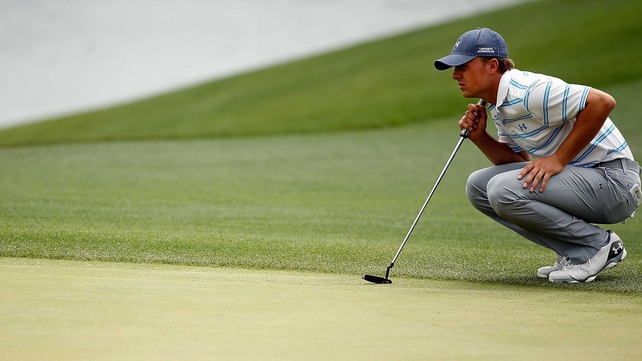 "Everyone wants to win this golf tournament," said Spieth, who has finished first, second and second in his previous three tournaments. "It leaves your name in history and a legacy, and the hardest thing to do is to put that behind you when you start on the first hole, I think.

"It's tough to sleep on a lead here and I saw that last year. But at the same time I'm a lot more confident in the way that I can handle certain situations and the patience level I can have, having closed a couple of events out since.

"It is tough to kind of bring expectations down and just kind of have a free flow out there. But we did a good job of it and I am just going to try to take the same mental attitude into the next couple of days."

Former world number one Tiger Woods, currently ranked 111th, recorded a 73 on his return to action following a two-month self-imposed exile to work on his game. 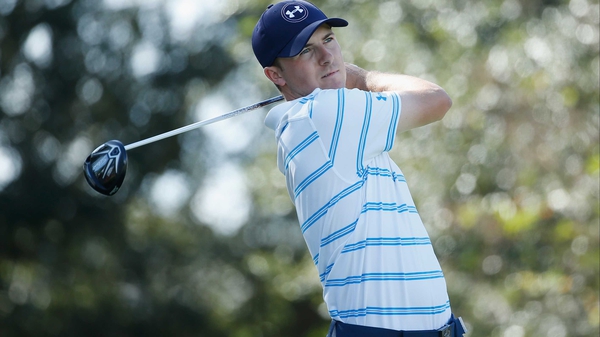