Tiger Woods reportedly played 18 holes at the Augusta National Golf Club on Tuesday, but it remains unclear if he will compete in the Masters next week.

Woods has not appeared on the PGA Tour since withdrawing from the Farmers Insurance Open on 5 February with a recurrence of his back problems.

He has since taken a leave of absence in a bid to return to form, but there has been speculation he will return for the Masters, a tournament he has won four times.

His agent, Mark Steinberg, told USA Today he had flown to Augusta early on Tuesday to play the course, but said confirmation of his plans for the tournament would have to wait.

"He continues to work on the game and will advise in coming days what [his] plan is," he told the newspaper

On Monday, Woods dropped out of the top 100 in the world rankings for the first time in almost 19 years.

The 14-time major winner did not record a top-10 finish in nine starts in 2014, and has missed three cuts and withdrawn twice in his last six Tour starts. 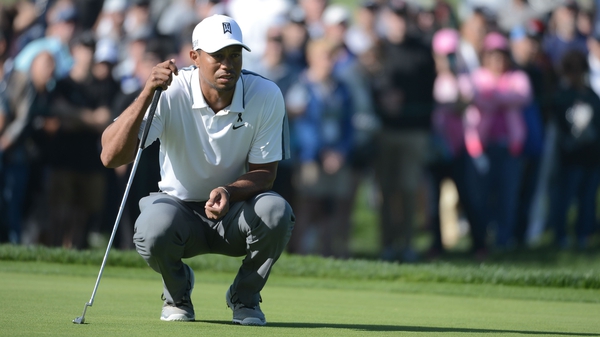