Colm O'Rourke says Cork are entitled to home advantage for their Munster Championship semi-final with Kerry and expects the county to live up their 'Rebel County’ nickname.

The Cork players and management stated they will only play their 7 May clash in Páirc Uí Rinn, where the maximum possible attendance would be 11,000.

The semi-final was switched to Páirc Uí Rinn because Ed Sheeran is performing at Páirc Uí Chaoimh, but the Munster Council then moved the game to Killarney due to capacity concerns.

O’Rourke told RTÉ's Morning Ireland: "People can say this is a mess of Cork’s own making – if there wasn’t a concert in Pairc Ui Chaoimh the game could have been played there.

"But the last time I was there for a Munster final between Cork and Kerry, there was only about 20,000 at it.

"I think Cork are entitled to have the game at home."

While Kerry finished top of Division 1 and are preparing for a league final against Mayo on Sunday, Cork required an injury-time winner against Offaly on the final day to avoid relegation to the third tier.

"Cork have enough of a disadvantage at the moment," said O’Rourke. "They have been struggling.

"Going to Killarney would mean they would nearly be raising the white flag.

"If they’re the Rebel County, I think they’ll fight for their right on this one and have the game in Páirc Uí Rinn.

"Even if there is a bit of a hit on the finances, I think Cork deserve home advantage."

"As players and management our sole focus is on preparing and playing to the best of our ability next month in the Munster Championship, representing our families, our clubs and our county. We did not envisage needing to issue this statement.

"Cork and Kerry have long had an agreement in place to decide home and away fixtures. This year's fixture is a home game for Cork, as initially announced in a press release by Munster GAA on the 4th of March.

"We believe the decision made this week by the Munster Council must be reversed.

"The decision to take the game to Killarney is driven by the financial benefits resulting from a larger crowd. We feel this reasoning sets a bad precedent, it is wrong and it goes against the values of the Gaelic Athletic Association.

"As such, we are preparing for the Munster Football Semi-Final on 7 May 2022 to be played in Páirc Uí Rinn.

"We will not be playing the match in any other venue. 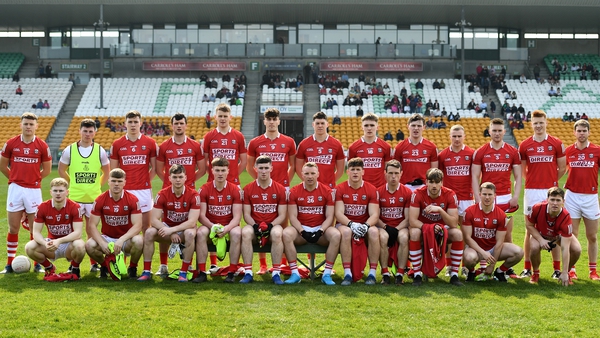 Cork players: 'We will not play anywhere but Pairc Ui Rinn'