By Mike Finnerty at Ballina

Ray Dempsey's charges came from behind to shoot five of the last six points and advance to a first provincial decider since 1996.

Tourlestrane had put themselves in a match-winning position heading into the last quarter, leading by two points, but they spurned a number of gilt-edged goal chances and ultimately paid the price.

Kevin Johnson’s side looked set to ambush the Mayo standard-bearers for long spells, but their all-action style of play seemed to catch up with them in the heavy conditions.

Knockmore, in contrast, timed their run to perfection with a string of late points from the Naughton brothers, Peter and Adam, Shane McHale and Connell Dempsey getting the North Mayo side out of jail.

Early on it looked like things were going to go according to script as Knockmore, who were back at the scene of their recent County Final triumph, hit the ground running.

Early scores from Connell Dempsey, Peter Naughton (free) and Kevin McLoughlin eased the Mayo side into a three point lead after eleven minutes as the favourites set the pace.

But Tourlestrane gradually settled and two fine efforts from Gary and Liam Gaughan left just the minimum between the sides at the first water-break.

The South Sligo outfit took complete control after the restart and three points without reply from livewire Liam Gaughan, the stylish John Kelly and free-taker Cathal Henry put them in the driving seat.Tourlestrane goalkeeper Adam Broe also pulled off a brilliant save to deny Keith Ruttledge a goal during that second quarter.

As a consequence, Knockmore failed to score for more than 20 minutes before the half-time whistle sounded with Tourlestrane ahead by 0-05 to 0-03.

The six-in-a-row Sligo champions extended their lead through a James Leonard point just after the restart.At that stage the alarm bells were ringing in the Knockmore camp but points from Mayo duo Aidan Orme and Kevin McLoughlin finally got the scoreboard moving after a long barren spell.

However, the Knockmore goal was also leading a charmed life with Tourlestrane dangermen Liam Gaughan and John Kelly denied goals by a combination of last-gasp defending and some poor finishing.

The aforementioned Gaughan did convert a free though in the 46th minute to double Tourlestrane’s lead swinging into the last quarter.

Remarkably though, this was as good as it got for the South Sligo lads.

Knockmore introduced Seán Ruttledge and Liam Durcan in an effort to freshen up their attack and the change had the desired effect.

A free from Peter Naughton got the comeback going before his brother, Adam, claimed a fine offensive mark and pointed on 55 minutes to level the game for only the second time.

With Tourlestrane tiring, Knockmore applied relentless pressure and forced a few key turnovers which led to scores for Peter Naughton, Shane McHale and Connell Dempsey (free) in the closing stages.

Despite their best efforts, all Tourlestrane could muster in response was a pointed free from Liam Gaughan three minutes into added-time.

This was the fourth time in six seasons that Tourlestrane have been knocked out of the provincial championship by Mayo opposition after losing to Castlebar Mitchels (2016 and 2017) and Ballintubber in 2018.

Knockmore will now take on the winners of the postponed semi-final clash between Mountbellew-Moylough and Padraig Pearses; the Galway and Roscommon champions meet next Saturday. 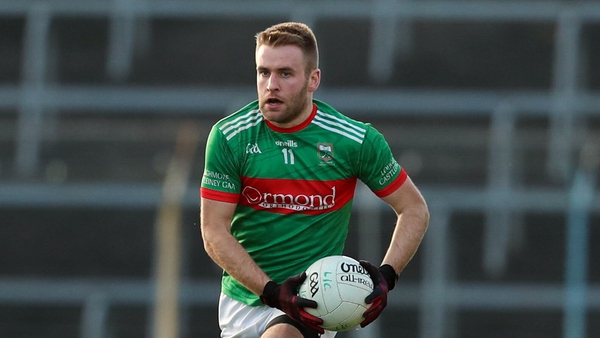