Live blogs on all Division 1 games on on RTÉ Sport Online and the RTÉ News app.

Clare v Mayo and Monaghan v Galway are both live on TG4, while all of the other fixtures can be watched on GAAGO.

A warm and dry day is promised in Leinster, Munster and east Ulster with sunny spells and highest temperatures of 22 to 26 degrees and light to moderate southwest breezes. A bit cooler in western counties where it will be cloudier with highs of 16 to 21 degrees

Trying to remain at the top table

Survival in Division 1 is often seen as being so important for a team that wants to challenge for the ultimate honour - lifting the Sam Maguire Cup.

Four counties are looking to avoid the drop from the top flight on Sunday, with Roscommon going to Armagh, and Monaghan hosting Galway as the GAA prepares to welcome supporters back to stadiums.

They've lost their three games by an average of seven points so far this campaign, and yet victory in this game would be enough to condemn Armagh to an immediate return to Division 2.

The Orchard County - playing in Division 1 for the first time since 2012 - have held their own, with just one defeat from their three games. It would be a tough one for them to take were they to fall through the trap door on their home patch.

Speaking about Kieran McGeeney's troops on this weeks' RTÉ GAA Podcast, Dessie Dolan said he would "would love to be a player in Armagh right now" because of the involvement of Ciaran McKeever, Kieran McGeeney and Kieran Donaghy in the management team.

Monaghan and Galway will do battle in the other play-off, with the Farney men looking to extend their run amongst the game's elite - they've been playing in the top flight since 2015.

Since reaching the All-Ireland semi-final in 2018, their form has undoubtedly been waning. Back-to-back provincial defeats to Cavan in Ulster, while they only made it as far as the second round of the qualifiers in 2019 before Armagh comfortably saw them off.

Galway have struggled in recent years to take talented underage sides and see them reach their potential at senior level. Since 2010 only Dublin have won more under 21/20 All-Ireland titles (four to three), but it has only translated to one All-Ireland semi-final appearance since 2001.

Two of the stalwarts of the great Tribesmen team of the turn of the century have taken their turn at trying to bring the current crop of the county stars back up the mountain, but things haven't quite worked out yet.

Kevin Walsh brought them to Division 1 but his time ultimately came to an end with the sense that he teams were set up too defensively and that it wasn't the "Galway way".

Pádraic Joyce arrived with the promise of more attacking football, and it appeared to be paying dividends in the pre-Covid-19 section of 2020's NFL. But the disruption caused by the pandemic seemed to take Galway out of their stride, and it's a position they haven't been able to return to since.

After a 22-point annihilation at the hands of Kerry on the opening day of this year's league campaign, Joyce told RTÉ Sport that he struggled to "eat and sleep" over the next few days.

Galway certainly looked more defensively solid in their next two fixtures - a six-point win over Roscommon and a four-point reversal against the Dubs.

Mayo looking to bounce straight back

In terms of the counties who might replace them, Connacht champions Mayo are on the road to Ennis. A first relegation in 23 years in 2020 still saw the Green and Red recover to reach the All-Ireland final.

They've looked impressive in seeing off Down, Meath and Westmeath in this campaign, and they will feel they're hitting a nice vein of form as we head into another straight-knockout summer.

Tomás Ó Sé told RTÉ's Morning Ireland that he would "love" to see Clare go up to the top flight. This is Colm Collins' eighth season in charge and it would be a fitting reward were his charges to produce a performance for the ages to gain promotion against Mayo.

But realistically that is what it would need to be. 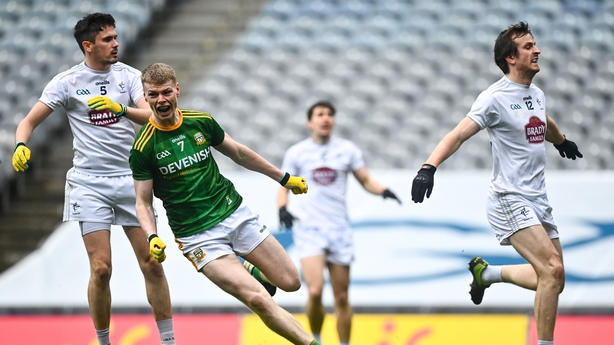 The other promotion game in Division 2 will see old rivals Meath and Kildare face-off in Newbridge. Goals were critical when the sides met in the Leinster championship last year, and there's a small bit of hope for that much maligned provincial championship that two of its counties will compete in the top flight in 2022.

It's hard to know where either county is at. Jack O'Connor would have been disappointed with the home defeat to Clare in this campaign, telling RTÉ Sport the following week that their home pitch at Newbridge doesn't suit the type of football they want to play.

For their part Meath have eked out good victories over Down and neighbours Westmeath, but arguably the margin of their defeat against Mayo - 1-05 - is reflective of how far they still need to travel to match the big boys.

There can be no final in Division 2 - or 4 for that matter - so these games will also act as one of the last chances for managers to take a look at some of their players before the championship starts.

Elsewhere on Sunday, Longford and Tipperary will battle it out for Division 3 survival. Tipp are the reigning Munster SFC champions, while it's nearly three years since Longford reached the Leinster semis - their first in 30 years. Both teams come into the fixture with two defeats from three games. 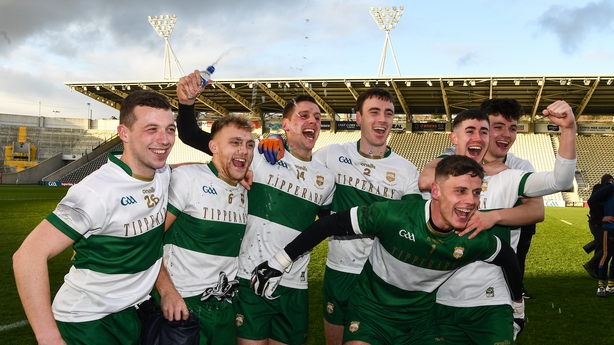 One of either Waterford or Antrim will replace the loser of that game. The Saffron footballers might take inspiration from their small-ball counterparts, who have developed something of a reputation since their return to Division 1 of the Allianz Hurling League.

For the Déise, this year marks their tenth consecutive season in the bottom division. In that time they've managed just one championship win. So when people talk about the league being more important than the championship for some counties, the Suirsiders are a good example of that and this is a huge game for them.

Sligo and Wexford will also meet in the Division 4 Shield final on Sunday. The Markievicz County have picked up a win already, while Wexford lost to Carlow and Waterford.

Sligo didn't play in the championship last year because of Covid, but have Mayo in the quarter final in two weeks. Wexford have neighbours Wicklow, with the winner there set to host Dublin.