Club and underage inter-county officials are hoping to get clarity on the roadmap for the forthcoming season by early next week.

Following a series of meetings and briefings this week, it's expected that next week the Government will announce its latest plan for the likely easing of restrictions over the summer months.

An indication of the outline of those plans is possible before the weekend.

As non-contact underage sports training in pods of 15 resumes, the focus, from a GAA perspective, now switches to dates for the eagerly awaited resumption of the club and inter-county underage scenes.

There is hope that both groups could soon receive good news, particularly in light of Taoiseach Micheál Martin's comments on RTÉ’s The Week in Politics.

"I would like to see the over-18s [resume], we will be examining that for May because I’m very concerned about mental wellbeing, the importance of getting out there and getting into training," he said.

In an ideal scenario, the adult club scene would get the go-ahead to resume in mid-May. Already competitive action, under the remit of county committees, has been cleared to restart in Northern Ireland from 7 May.

Clubs in the South are keen to be allowed commence training as soon as possible.

There are 11 counties with outstanding championships from 2020 yet to be completed.

Some of these carry complexities.

For example, Offaly GAA has domestic hurling – and promotion/relegation - games to finish but will have to slot those in around an expected progressive run for their county team in the Christy Ring Cup series which could delay finals until August. 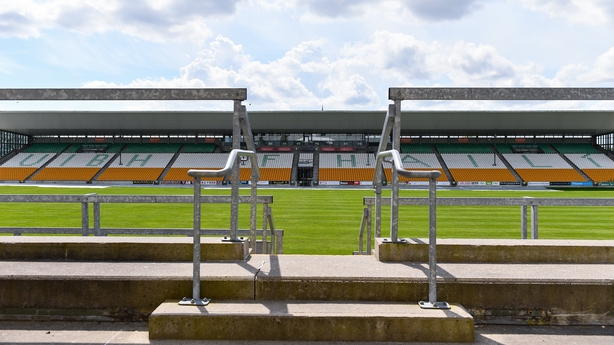 Offaly, along with Kildare and Laois, had to endure an extra three-week lockdown in 2020 due to rising Covid cases.

The Faithful County will also be closely monitoring the staging of outstanding 2020 minor hurling and football championships as they have teams in both provincial finals.

On the inter-county scene, between minor hurling and football and under-20 hurling, there are 15 teams still focused on 2020 competitions.

There are four in minor hurling, three in under-20 hurling and eight at minor football level.

Currently, there are 12 games from those 2020 championships yet to be played, hence the eagerness for Government clarity on further easing of restrictions.

Ó Sé: Something has to give on 'professional' training loads

With State exams on the horizon in June, the window to play these games is reducing by the week.

There are hopes that the 2020 minor hurling series – which would need just two weekends to finish – could take place post-exams in July with the minor football championship possibly slotting in around that same juncture and needing four weekends to finish.

The 2021 minor hurling and football campaigns may be slotted in later in the year when they won’t crossover with senior club championships.

Meanwhile, much scrutiny will be placed on the under-20 series for 2021.

Again, managers involved hope a window in the schedule will be found and are awaiting clarity.