Mayo and Collingwood star Sarah Rowe believes women's sport is giving itself every chance to flourish amid the depressing presence of "trolls" and "keyboard warriors".

Rowe has spent two seasons competing in the Australian Football Rules Women's league, returning in the summer months to line out for her county's footballers in the Championship.

In March, 60,739 fans watched Atletico Madrid take on Barcelona at the Wanda Metropolitano; a few weeks later 53,034 saw the Adelaide Crows beat Carlton in the AFLW Grand Final; the following September 56,114 came through the turnstiles at Croke Park to witness the All-Ireland ladies football finals.

All record numbers, all big strides forward. And yet there remains a way to go.

In March, The Herald Sun had to disable the comments section on its coverage of women's Aussie Rules due to the volume of offensive and sexist posts.

That was 12 months after a match-action photo of Carlton Blues player Tayla Harris triggered a wave of derogatory remarks.

For Rowe, an ambassador for the 20x20 campaign, those negatives can't be allowed to outweigh the positive work going on behind the scenes.

"There's still a bit to go," she told RTÉ Sport.

"The trolls... the keyboard warriors, you're probably always going to have that but obviously some of the stuff that would be said is completely inappropriate.

"For some reason, Australia has had an awful lot of that over the last couple of years, but the women are really standing up and making sure their voices are heard. 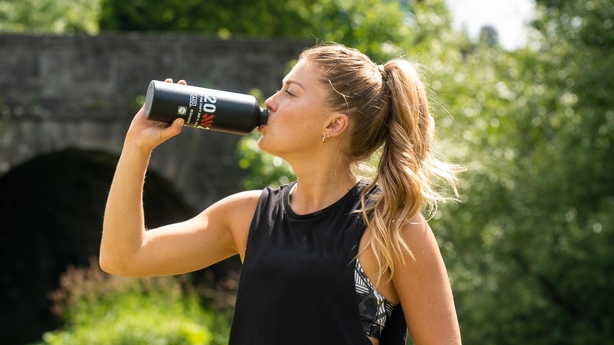 "Being in a professional environment and training at the same facilities as the men, having access to all the same things, you kind of see that as an even playing field. But there is a bit to go in the perception of it, to gain that bit more respect around the place.

"That starts with us making sure the standards rise all the time and making sure we're working really hard behind the scenes."

The global sporting calendar has been on ice since the escalation of the Covid-19 pandemic.

Things are slowly starting to get going again, and Rowe hopes the women's games will benefit further from the huge public appetite for live sport.

"Things like this, the initiative for 2020 and  'Lidl Moves' campaign, are really helping to do things behind the scenes. At the moment there's no real games happening so they're focusing a different element of their campaign, which is really refreshing.

"For me it's one day at a time. I just like to  think of short-term goals. I'm just focusing on my club at the moment and making sure we have a good culture in the club and that we drive standards."

As for the here and now, the 24-year-old is aiming to drive her club Kilmoremoy to more success.

"It's our first year of senior, we went from junior to intermediate and now to senior, so we just want to make sure we're playing at the highest level possible.

"I started with my club and I'l finish with my club. That's my biggest focus at the moment."

No fans, no swearing, no problem - The return of the LOI