Cork ladies football manager Ephie Fitzgerald says he has a fire in his belly again as he sets about plotting a return to the top for his side.

The Nemo Rangers man dramatically quit as Cork manger in the aftermath of their TG4 All-Ireland semi-final loss to Dublin earlier this year, but two months later he was back in the job after he took some time to reassess his situation.

Facing into a fifth year in the role, Fitzgerald has so far been unable to repeat the glorious Cork All-Ireland final win of his first season in charge, but with a new backroom team behind him for 2020 and a renewed vigour for the job he is confident that results will flow.

But what exactly happened for him to change his mind and return to the position again?

"After I stepped down I wasn't doing much, but then when I went home and said it to my wife Rose and I got a bit of a telling off," said Fitzgerald.

"She’d never said anything to me about it before. It had been in my own mind for a good few months, but she is happy the way things are. We worked around what needed to be done a bit more. It freed me up a bit now, mentally more than anything else."

"Dublin are up there now and we have to match that."

The early signs in 2019 were very positive from a Cork point of view. Their senior club champions Mourneabbey had just been crowned All-Ireland champions for the first time and the county team then marched on to victory in a Lidl Division 1 final against Galway.

A win over Dublin in the semi-final was a huge lift for his side, but after they claimed a second Munster championship in a row, it was the defending champions Dublin that ended their summer run.

He said: "We’re trying to develop all the time, but the big difference when you look at us and Dublin, is when we’ve lost to them their physicality and strength is huge.

"That has been built up over the years but it has told, particularly towards the end of games where we’d have been doing quite well against them.

"But to their credit a lot of those girls have been around for nine or ten years. You can see that strength and conditioning work on them. They are well toned and are very, very fit. That’s something we all have to aspire to.

"Dublin are up there now and we have to match that. They lost three or four finals before they finally won one. It’s there for us all to aim for."

While Fitzgerald will be a familiar face for the Cork players in 2020, he will be taking on a bigger role in the direct coaching of the squad after a few seasons of delegating duties.

Former Cork forward James Masters has left the backroom team and has been replaced by Paddy O’Shea and performance coach Conor Quinlan, while there have been alterations made to the strength and conditioning team too. 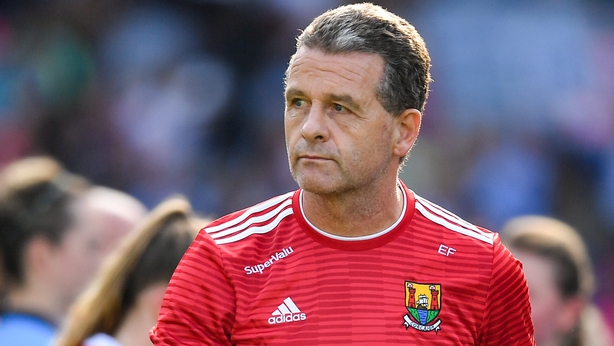 After successfully introducing a number of younger players last year, Fitzgerald wants to help them make the step up.

"I’ll get a bit more involved in the coaching myself this year," he said.

"I took a step back from that last year, maybe the last couple of years I’d have been more hands-off than I’d normally be. Maybe I was a bit mentally tired and took it for granted a little bit too.

"I’d certainly have that zest for it again and I’m looking forward to the year and getting the most of the girls. You need that zest, well I do anyway, to function properly.

"We have started up again, the girls have started back in the gym and we have all the young ones again coming through. Hopefully some of them will make it.

"But it’s a big step up now from minor to senior. It’s no longer the case that there is a smooth transition.

"Take Orla Finn as an example, the amount of weights she can lift now is incredible compared to what she could do three years ago. That’s built up over time, you can’t just switch it on."

With Fitzgerald back in harness all of last year’s squad have committed for 2020, which is a decent starting point. After helping Mourneabbey retain their All-Ireland club title former captain Ciara O’Sullivan has decided to sit out most of the National Football League, but she is expected back in time for the Munster championship.

The dedication of his players never fails to shock the former Limerick and Clare coach.

He said: "Last year’s girls are a year on now and the one thing we have in Cork is that they’re all committed and focused. They love wearing the Cork jersey and that’s a great start.

"Some of the sacrifices the girls have made are phenomenal, particularly by the West Cork girls. Then Melissa Duggan comes down on the train from Dublin on a Wednesday and then gets the train back up again the next morning at 5 o’clock. That sort of stuff...you can’t buy that kind of loyalty.

"I’d hope that we will be closer this year, we’re in it to win it, not to make up the numbers. We want to push on. Dublin they have done three in a row now and will surely look to win four. They are full of confidence.

"Last year we won the league and the Munster championship, so there is only one other cup out there but we didn’t win the big one.

"But I don’t think we’re that far off. We have had such a huge change over the last few years, it’s to the credit of the girls coming in, they’ve given everything. We couldn’t ask for any more."