Colm Cooper has identified two sparkling young talents he believes would boost the Kerry panel for 2020.

Paudie has been in flying form alongside his sibling, the pair providing thrust and imagination to the East Kerry forward line and Cooper has been impressed.

"The big thing for me looking in at the Kerry Championship, without my Dr Crokes hat on, was I wanted to see what players could step up and add to the Kerry squad," he told the RTÉ GAA Podcast.

"Paudie Clifford has been the shining light in that regard, and maybe Tony Brosnan as well from Dr Crokes.

"They are the two players that have stood out who are not part of the Kerry set-up yet. It will be interesting to see how they do on Sunday because if they play well, they are very much in the shop window for inter-county football.

"Paudie had a good championship last year with East Kerry and they lost in a replay to Dingle. He was one of their better players.

"People's eyebrows were raised when he wasn’t included in Peter Keane’s squad for this year considering what he can bring to the table.

"He’s still a young player, hasn’t even played a league game with Kerry yet. We don’t know if he can make the jump.

"I’m sure his performances this year have not gone unnoticed by the Kerry management. I would be expecting him to be picked in a squad in January to see if he can make that jump.

"He can score, he travels very strong with the ball and he has a lot of things going for him. He has become a focal point for East Kerry and along with his brother, is one of the reasons why East Kerry are in the final." 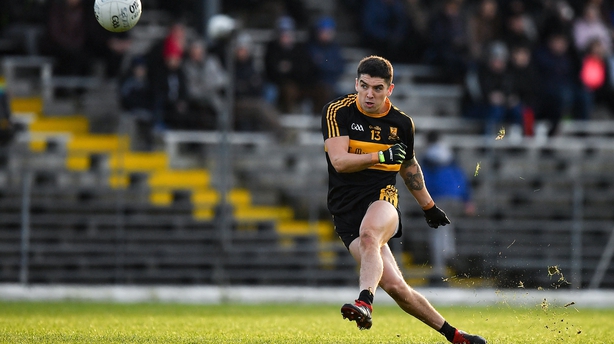 Brosnan, meanwhile, is well known to Cooper, who has seen what he can do up close and personal at Crokes.

"He’s a different player [to me]," said Cooper. "He’s bigger and stronger than I was when I was his age. He’s a real scorer, he’s what I would call and out-and-out forward. He can sniff a score, always looking to kick points and comfortable with left and right.

"He’s still only developing his game. Tony is a young guy. He still has a bit to prove to show he can make the jump to inter-county football, but he certainly has the ability.

"In my opinion, he is as good as some of the players in the Kerry squad and deserves his opportunity.

"His form has been brilliant this year – I think he’s the leading scorer in the Kerry championship – and has earned the right to be in Peter Keane’s mind.

"He has developed his game an awful lot in the last three years in terms of physique, work-rate and temperament. He is Dr Crokes’ main score getter. He has always been willing to learn."