The GAA Museum's Hall of Fame has seen its number of inductees swell to 54 after six iconic figures were added to its illustrious sporting pantheon.

This year, for the first time since the Hall of Fame was launched in 2013, all three hurlers and three footballers from the five-year period for 1985 to 1989 were announced in the same ceremony.

GAA president John Horan said: "We cannot have great games without great players and today we get to pay due recognition to a group of footballers and hurlers who have a very special place in our history.

"The GAA Museum Hall of Fame initiative is an opportunity to honour three hurlers and three footballers, not just for their exploits for club and county and for the success they enjoyed, but to acknowledge the enormous impact they had on our games and the inspiration they were to a generation who were lucky enough to see them play.

"Thanks to our GAA Digital Archive, their exploits have been preserved for future generations to savour and I congratulate them all."

Personal objects belonging to each of the inductees, including medals, jerseys, awards and other sporting memorabilia are on display in the GAA Museum's Hall of Fame.

This permanent exhibition is one of the museum’s most popular attractions and includes match footage featuring all 54 inductees narrated by Mícheál Ó Muircheartaigh. 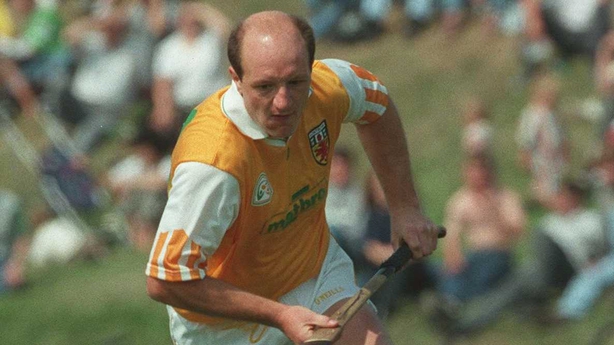 Terence ‘Sambo’ McNaughton (Antrim)
Regarded as one of Antrim's greatest-ever hurlers and as one of the best players never to win an All-Ireland medal, in 2013 he was chosen at left wing-back on a special Stars of the 1980s team.

He lined out at corner-forward in the 1989 All-Ireland Hurling final for Antrim against Tipperary and was awarded an All-Star in 1991.

Conor Hayes (Galway)
Hayes is a three-time All-Star. He made his debut for the Galway senior hurlers during the 1979 championship and went on to play a key role for the Tribesmen for over a decade, winning three All-Irelands and two National Leagues.

He was captain when Galway won back-to-back All-Ireland titles in 1987 and 1988.

Hayes is also an All-Ireland winner at club level, having achieved the highest honour in club hurling with Kiltormer in 1992.

A holder of two Connacht club championships and three Galway hurling championships with Kiltormer, he was named on the Galway Hurling Team of the Millennium. 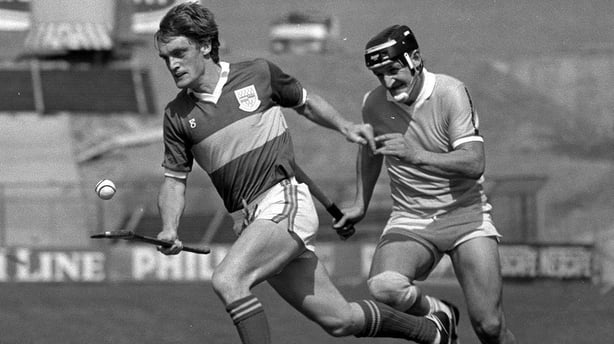 Nicky English (Tipperary)
English, of Lattin-Cullen, played a significant role in Tipperary’s re-emergence from the hurling doldrums in the 1980s.

With Lattin-Cullen, he won intermediate and junior championship medals.

After taking over as Tipperary senior hurling manager in 1998, he guided his county to two National Leagues, a Munster title and All-Ireland glory in 2001.

Over the course of a 12-year senior inter-county career, Moran also won 11 Munster titles, three National Leagues and an All-Star gong in 1981. 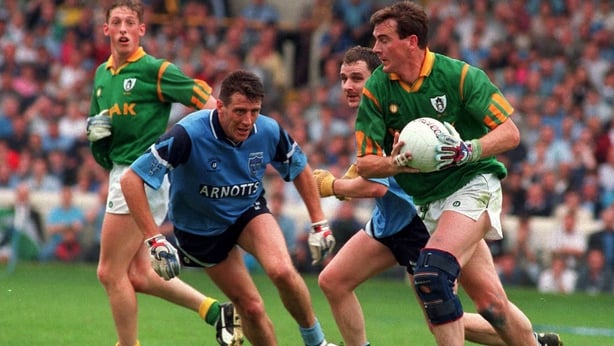 Colm O’Rourke (Meath)
During a 20-year senior inter-county career, O’Rourke was a regular member of the starting 15 on the Meath team.

The Skyrne clubman won back-to-back All-Ireland titles in 1987 and 1988 and was named Footballer of the Year in 1991.

He made 59 championship appearances for the Royal County, scoring 16 goals and 105 points.

Larry Tompkins (Cork)
Three-time All-Star winner Tompkins enjoyed a nine-year senior inter-county career with the Cork footballers and was captain when the Rebels won a second consecutive All-Ireland title in 1990.

He first came to prominence on the inter-county scene as a 16-year old in 1979 with his native Kildare.

A member of the minor, under-21 and senior football teams, he experienced All-Ireland success with the under-21 team in 1983.

On his return from the United States in the mid-1980s, he settled in Cork and thus began his career for the Rebel county.

In 1996 he succeeded Billy Morgan as Cork manager and, despite initial setbacks, he guided the county to a National League and two Munster titles.