We are still days out from the Liberty Insurance senior camogie final, with a strong hope that Kilkenny and Galway can serve up a contest to match the occasion.

The Black and Amber, after losing out narrowly to Cork in 2017 and 2018 are desperately hoping to get over the line and achieve a first title since 2015. On that day four years ago, they defeated Galway, who themselves are aiming to win the O'Duffy Cup for a third time. They were last victorious in 2013.

Desire goes a long way in sport and both of these counties are determined after recent near misses to land the big prize.

Kilkenny joint-captain Meighan Farrell and her Galway counterpart Sarah Dervan were at Croke Park for the traditional get together before the 8 September decider. The sense of anticipation was palpable.

"Even coming in today, there's something in your belly, it's like a fire and it makes you want to play," Farrell revealed to RTÉ Sport's Marie Crowe.

"In 2016 we won it. That winning feeling never leaves you and it's that feeling that drives you on to make you want to do it again."

Indeed, fuelling that drive was the successive one-point losses to Cork.

"You never want to pick up a hurley but then you do," added the Thomastown native. 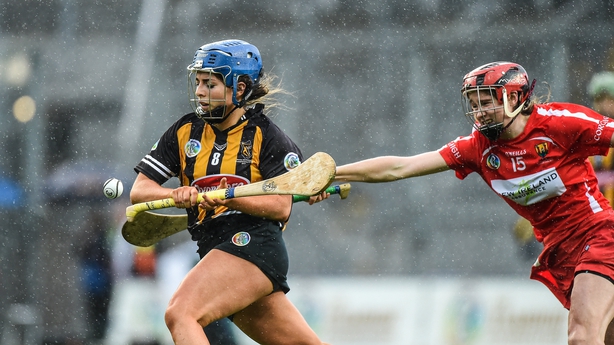 "It's tough when you lose by a point. You keep the loss inside you.

"Now we have another 60 minutes ahead of us, this is the match you've been waiting for all year.

"It would mean everything to win. That's why you play camogie from a young age - it's to get to Croke Park to win an All-Ireland for your county.

Dervan, who was on the Galway All-Ireland winning team from 2013 said: "We always knew we were good enough to be in the All-Ireland and maybe we didn't believe it fully ourselves. It's brilliant to be here now.

"We always knew we had the players but that bit of self doubt always crept in. We have a savage management team behind us who really push us. They demand only the best, we feed off that and so there is a great buzz around the place."

"Breaking through that semi-final barrier (against Cork) was important. It was a tense affair, but we were calm and composed when it mattered most. That will hopeful stand to us for the big challenge that awaits against Kilkenny. 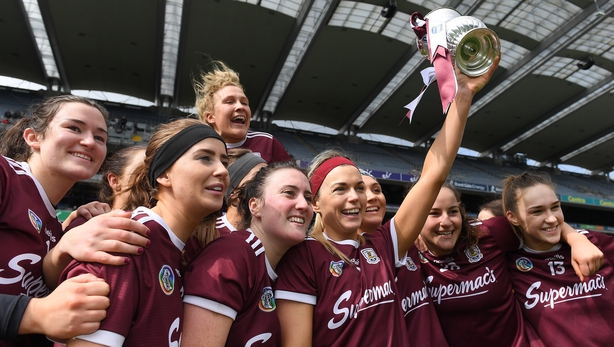 It's a case of take three for Kilkenny and Galway in 2019. The westerners prevailed in the Division 1 league final on a 0-16 to 2-08 scoreline at the end of March.

In the group phase of the championship, the Leinster side ran out two-point winners on 15 June.

Camogie has received some negative comment in relation to the stop-start nature of recent finals, but the word from both camps is that the freedom to express oneself will be to the fore on Sunday week.

"Both teams like to go out and hurl and so far we have been let hurl and I see no reason why we won't have game that will excite spectators," said Farrell.

Dervan's summation: "I think it will be an open game, everyone will want to go out and show what they got. From the off, I think there will be good tempo."

Follow the All-Ireland camogie finals via our live blog on RTÉ.ie/sport and the News Now app, listen live on RTÉ Radio 1's Sunday Sport, or watch the Sunday Game on RTÉ2 from 11.50am for live coverage of the junior, intermediate and senior deciders.