On the face of it, it is somewhat curious that anyone could question the credentials of this current Limerick team.

After ending their All-Ireland drought in spectacular fashion last year, the Treaty men have backed their 2018 success by adding the League and Munster titles.

With all three trophies now firmly in their possession, they go into Saturday's All-Ireland hurling semi-final against Kilkenny as favourites to advance.

With a gameplan centered around an unflappable goalkeeper, an in-sync rearguard, a ferociously hard-working middle third and sharpshooters Aaron Gillane and Peter Casey in scintillating form up front, they appear in a healthy position to keep Liam MacCarthy residing on the banks of the Shannon for another 12 months.

Yet there have been a few moments of vulnerability too.

The successful provincial campaign was bookended by defeats that would have given John Kiely and his management plenty of food for thought.

Cork left the Gaelic Grounds with a win in May and meant defeat to Clare in the penultimate round would have ended their All-Ireland interest.

They proved too strong however for the Banner, but a week later went down to Tipperary - notwithstanding a small bit of squad rotation - before exacting revenge a fortnight later over Liam Sheedy's men in front of their own supporters.

Wing-forward Tom Morrissey is acutely aware that the Jekyll-and-Hyde like form cannot be replicated during the business end of the season.

"It wasn’t a Munster campaign of consistency for us," he told RTÉ Radio Sport’s Brian Carthy.  "There is no denying that we had two poor performances. It was something we looked at and addressed, but we hope it’s something that doesn’t happen in the All-Ireland series.

"We snuck our way into the Munster final. On the day in the Gaelic Grounds against Tipp when the need was greatest we gave a great performance. I think we really bossed that game." 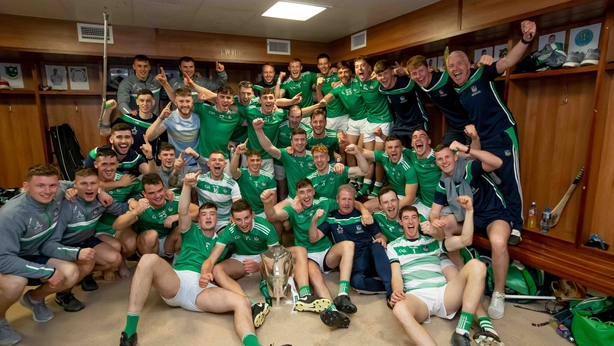 The Ahane man helped himself to four points in the 12-point victory as the Treaty men went through the gears against a Tipperary side that up to then had looked a cut above everyone else in Munster.

What was behind the sudden turnaround?

"We brought a huge energy and work-rate against Tipp. You have talk about tactics and gameplans, but winning can come down to which team brings the bigger huger and intensity on a certain day.

"If you are off the money by a few per cent, you will get found out and take a beating like we did in the two games in the round-robin series.

"We were ready come Munster final day. The most important thing going forward is that there is no more room for slip ups. We must make sure that work-rate is consistent in our game."

Next up for the reigning champions is a date with Brian Cody's Kilkenny.

Having lost out to Wexford in the Leinster decider, they came into the quarter-final as slight underdogs against Cork, but a superb second-half showing blew the Rebels out of the water. 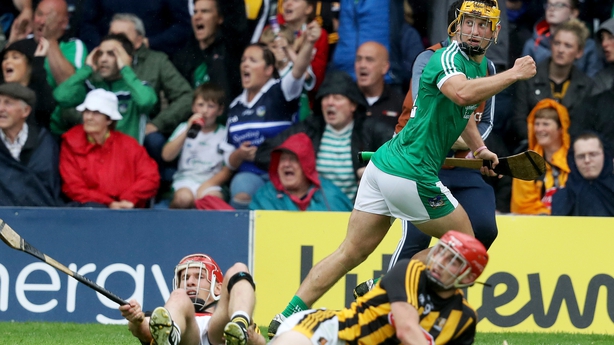 Morrissey plundered a crucial late point in the quarter-final win over the Cats last year and is expecting another ding-dong battle this time around.

"There was three points between us in 2017 and two last year, so if you are going on recent form, it’s going to be a tight match," he says.

"You know you are going to get a battle with them no matter what personnel is on the pitch. It’s always a tough match against them and we expect nothing different on Saturday."

I suppose this year it's a different as there is little more expectation. People expected us to get here and to push on Saturday and reach a final

The 23-year-old says there is a noticeable difference within the county compared to their semi-final appearance last year against Cork.

"There definitely isn’t as much hype. To get to an All-Ireland semi-final was huge for Limerick last year. I suppose this year it’s a different as there is little more expectation. People expected us to get here and to push on Saturday and reach a final.

"We are very good as well at avoiding the hype and dramatics going on outside with the people in Limerick and the excitement that was there. We remained fully focused on the job at hand when we were going to Croke Park last year and it’s no different now.

"It’s something we do very well as a group."

Follow Limerick v Kilkenny on Saturday (6pm) via our live blog on RTÉ.ie/sport and the News Now app. Watch live coverage on RTÉ2 from 5pm and the RTÉ Player and listen to radio commentary on RTÉ Radio 1.