When the focus is on performance rather than result, you know expectations are very low indeed.

For Cork footballers heading into a Munster final with Kerry playing the role of underdog is nothing new, but few can remember the Rebels ever entering the clash such outsiders.

Not even Darragh Ó Sé gives them a chance this time around after last year's hat-tip.

Without a provincial title since 2012, last year's 17-point drubbing is fresh in the memory. That was followed by a 16-point loss to Tyrone shortly after. Since then they have dropped down to the third tier in the Allianz League and in the last five turbulent years, have only managed championship wins over Clare, Tipperary, Sligo, Limerick and Longford.

The contrast to the hurlers is never far away – both in terms of following and results - but manager Ronan McCarthy, who won two Munster titles during a six-year inter-county career, is seeking a major improvement.

Sweeping aside Limerick was a start, but putting the side who finished second bottom of Division 4 to the sword may not count for a lot when taking on a Kerry side who topped Division 1.

Half a dozen players who began last year's rout are named in Saturday's team. The likes of captain Ian Maguire, Paul Kerrigan, Mark Collins and the fit again Brian Hurley will bring their experience to the mix, but for many Cork supporters, it is about assessing the new breed of players staking their respective claims.

McCarthy's original team had five men braced for their first Munster final, but injury has ruled wing-forward Eoghan Sweeney out of action.

His loss could be a significant one. Having starred in a Knocknagree side that landed the All-Ireland junior title in 2018, he was called into the Cork juniors and McCarthy came calling this season as his upward trajectory continues at pace.

A rangy two-footed forward, he started four league games in a topsy-turvy campaign, picking off three points against Donegal and two more against Armagh on the final day. His ability to find the range from distance is a blow when scores could be a premium.

As it stands, four players will taste provincial final action for the first time at senior level.

The inclusion of Douglas's Nathan Walsh at corner-back for the game against Limerick was something of a surprise to those outside the camp. He may not have featured at all in a dismal league campaign, but has been on the Cork radar for quite a while.

Part of different development squads growing up, he captained the minors in 2016 when they came a cropper against a Kerry juggernaut led by Peter Keane. He picked up Sean O'Shea in Killarney on a day where David Clifford plundered 1-05. 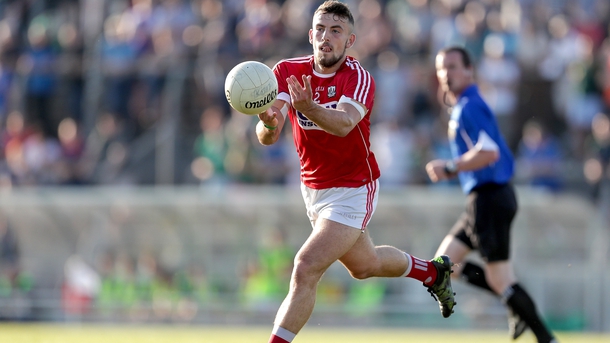 Comfortable anywhere across the backline, Douglas chairperson Aidan O'Connor says Walsh is an out-and-out defender and will be at home in a man-marking role.

"His best attribute is his defending," he tells RTÉ Sport. "He's a tough defender and nothing fazes him. He's the most laid back character you could ever meet."

In his first year on the panel, the presence of club-mate Kevin Flahive in the other corner will bring an added bit of familiarity in what promises to be his most difficult task to date in red.

The half-back line is all change from last year. Clonakilty provide a fifth of the starting team, with Liam O'Donovan and Sean White – a late replacement for his luckless club-mate Thomas Clancy - named to start there alongside Mallow's Mattie Taylor. 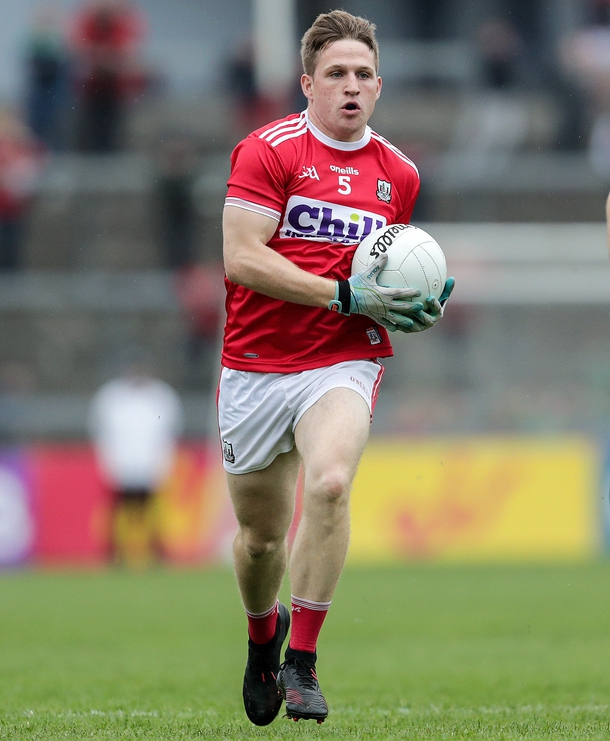 Another who came up against Clifford at minor level, O'Donovan captained the U21s in 2018 and is a natural attacking wing-back.

Used off the bench in the opening three league games, he picked up an injury in the defeat to Clare which sidelined him for the remainder of the campaign.

Capable of covering every blade of grass, his energy could give the Rebels more of an attacking impetus, though Kerry pinpointed him on a few occasions in last year's U21 decider with highballs to take advantage of their height advantage.

"He should probably get more scores for the amount of runs he makes as he's a super engine," says Clon team-mate Timmy Anglin who has also managed him at underage level.

Saturday however is likely to be a different kind of assignment, with O'Donovan likely to keep tabs with Stephen O'Brien. The Kenmare man is a key cog, if less headline grabbing than some of his peers up front and is one of the strongest runners in the game.

"Liam would be well able to stick with him all day."

On the other flank is Mallow's Mattie Taylor, who has shown a penchant for keeping the umpires busy.

Now in his third year in the senior panel, the chemical engineer has nailed down a spot in more usual surroundings this year. 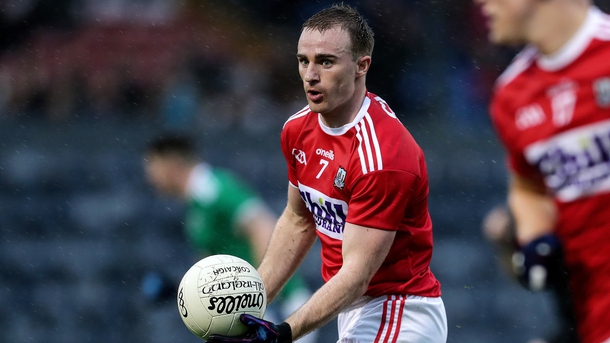 "I always maintain his best position is wing-back as he has great pace to get forward. He likes to be facing the ball and attacking it," says Paddy Sheahan who has managed Taylor from U16 right through to intermediate level with Mallow.

He spent a bit of time last year in the forward division, but has blossomed in an attacking wing-back role. Taylor found the back of the net against Fermanagh and Meath in the league and his two points last time out against Limerick was just one short of the Treaty's men total from play.

How much galloping forward he can commit too will be interesting to see.

Kilshannig's Killian O'Hanlon, along with Tadhg MacCarthaigh's Kevin O'Driscoll, is one of just two junior club players in the starting team.

Kilshannig is based in the parish of Glantane, 40km north of Pairc Ui Chaoimh. The GAA club was founded in the same year as the Association itself and plys its trade at junior level in both codes. 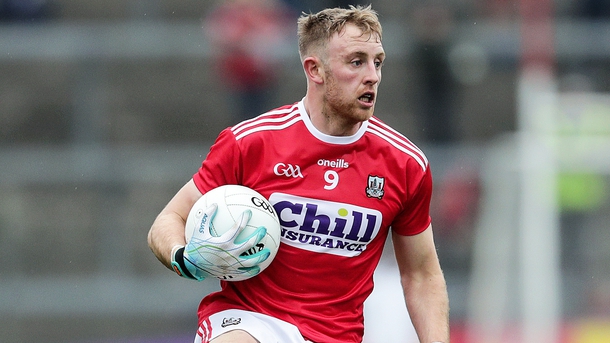 When you come from a junior club, it's hard to make the breakthrough in any county team. You are not in the shop window as much

The footballers spent three years at the senior grade in 1989 before slipping back down, while the hurlers have never managed to climb out of the lower ranks.

O'Hanlon is the first man from the club to play championship for Cork since Dan O'Sullivan, John O'Flynn and Killian Breen in the 1950s and 60s.

"It's massive for the club. It's great for all the young players and he's a great role model," says Kilshannig coach and former player Richard Ryan.

"When you come from a junior club, it's hard to make the breakthrough in any county team. You are not in the shop window as much. He's found the going tough at times, but he's stuck with it and has put in a fierce effort and it's great to see that rewarded."

At 26, O'Hanlon is not exactly a young kid on the block.

Having played minor and U21, former manager Peadar Healy first called the athletic midfielder into the panel but he struggled to make a real imprint and has juggled his time between junior and Senior Cork teams since then.

Ryan points to O'Hanlon's supreme ability in the air and a cursory glance at the player profiles on Kilshannig website illustrates the esteem in which he is held.

Each player is asked who the best player they have ever played with is, with O'Hanlon the unanimous choice.

"Whenever he is here, everyone rises. He has brothers, cousins, friends and neighbours with him on the team and all aspire to follow him," says Ryan.

It would be asking a lot of these players to suddenly arrest Cork's form in recent years and defeat the side many feel are the ones best equipped to halt Dublin's drive-for-five.

People have been burned so often by the non-performance of a Cork football team, you don't convince them overnight

John Fintan Daly, a commentator with Cork's 103FM and a man who has spent 41 years coaching teams in north Cork as well as underage Cork sides, says the lack of self-belief has always had a crippling impact on the footballers.

"That comes from constant defeat," he says. "Kerry are now going for seven in a row in Munster. People have been burned so often by the non-performance of a Cork football team, you don't convince them overnight."

At best, the 2019 form has been patchy and rarely has challenge-game form been referenced to the level we have seen in recent weeks. Daly however sees green shoots in Cork's endeavour to attack teams with more conviction. The defensive-mindset was torn asunder last year, but whether the influx of new faces can turn things around remains to be seen.

"We have an amazing facility in Cork for wasting talent and failing to discover talent that is there," he says. "We have four times as many players playing football in Cork than they do in Kerry."

"We have beaten a team near the bottom of Division 4 and we are now facing a team at the top of Division 1. The spectrum doesn't get much bigger."

Follow Cork v Kerry this Saturday from 7pm via our live blogs on RTÉ.ie/sport and the News Now app, listen to live national commentary on RTÉ Radio 1 and RTÉ Raidio na Gaeltachta and watch live TV coverage on RTÉ2 and RTÉ Player