Talk to anyone about Mickey Graham and the same words and phrases keep popping up. Level-headed. Decent. Popular. Respected. People person.

In fact, it's hard to find anyone who has anything bad to say about him. That's unusual in Ireland and the fact that he is involved in football management makes it downright remarkable.

If someone takes charge of enough teams there's going to be someone along the way who has been upset. That doesn't seem to be the case with Mickey Graham.

"The first thing I'd say about Mickey is that he's a very nice, decent fellah and he's very popular wherever he goes, he has a word for everyone," said a former team mate.

A one-time manager of his said: "He's just a down-to-earth fellah. He does it all in his own quiet way, no fuss and that's all about him."

In Mullinalaghta, the scene of his greatest triumph, they go even further. "We have the statue nearly finished - it will be unveiled in the new year!" laughed team captain Shane Mulligan.

Graham makes friends and wins trophies wherever he goes. If he can add more silverware this weekend it would be to write another remarkable chapter in his story.

He manages his native Cavan in their first Ulster final appearance in 18 years. It's 22 years since they won the title previously. In the last 50 years the one-time kingpins of the province have only won the Anglo Celt Cup twice.

Fair enough, they were put on the good side of the draw away from Donegal and Tyrone, but a run to a provincial final seemed a long way off when the draw was made late last year. Actually winning the thing was absolute fantasy.

It doesn't seem so fantastic now. "With Mickey Graham there's always a chance! I'd never bet against him," said Mulligan.

And he should know. Graham gave Mulligan and his club their greatest day when they beat Kilmacud Crokes, the Dublin powerhouse, last December to claim the unlikeliest of Leinster titles. It was the Irish sporting underdog story for the ages. 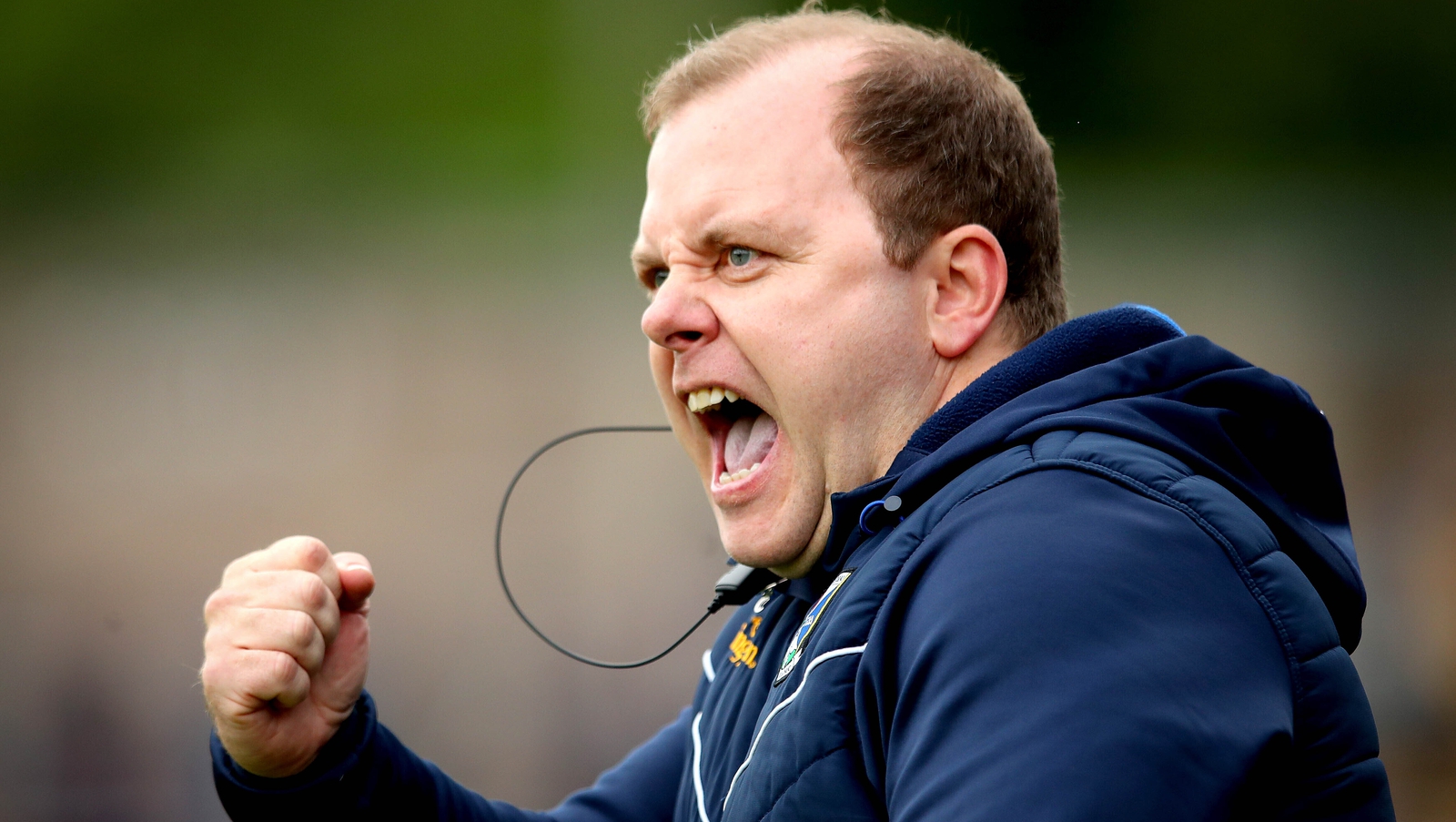 Mullinalaghta is a rural half-parish, the other side is across the border in Cavan, with a handful of houses, a primary school, a pub and a recently closed post office now lying dormant. If you're an able-bodied male and own a pair of boots, you're on the squad.

"We got the vibe straight away," said Mulligan. "As soon as he got talking you got a positive vibe off him, you could sense his enthusiasm for the game - that was evident from the get-go.

"His biggest attribute is the way he does things and the way he interacts with people. He's a people person; he has a great way with players and that is why he gets the most out of them.

"Players really enjoy the way he plays football. He is involved in the game for the right reasons - he has a love of the game and his passion is infectious."

While Mullinalaghta's win was a shock, it wasn't entirely a surprise. It had been years in the making - Leinster came off the back of a Longford three in-a-row and the Laurels gave big guns like St Vincent's a rattle as they learned the ropes.

And we can go back further than that, right back to Mickey Graham's own beginnings in Cavan town. He grew up in a football mad family, his father Mickey senior is still a steward in Kingspan Breffni, and shone early for Cavan Gaels.

His talent was spotted and he was part of the Breffni Blues side that narrowly lost the 1996 All-Ireland Under-21 final to a Kerry team powered by Darragh Ó Sé, Dara Ó Cinneide and Mike Frank Russell. 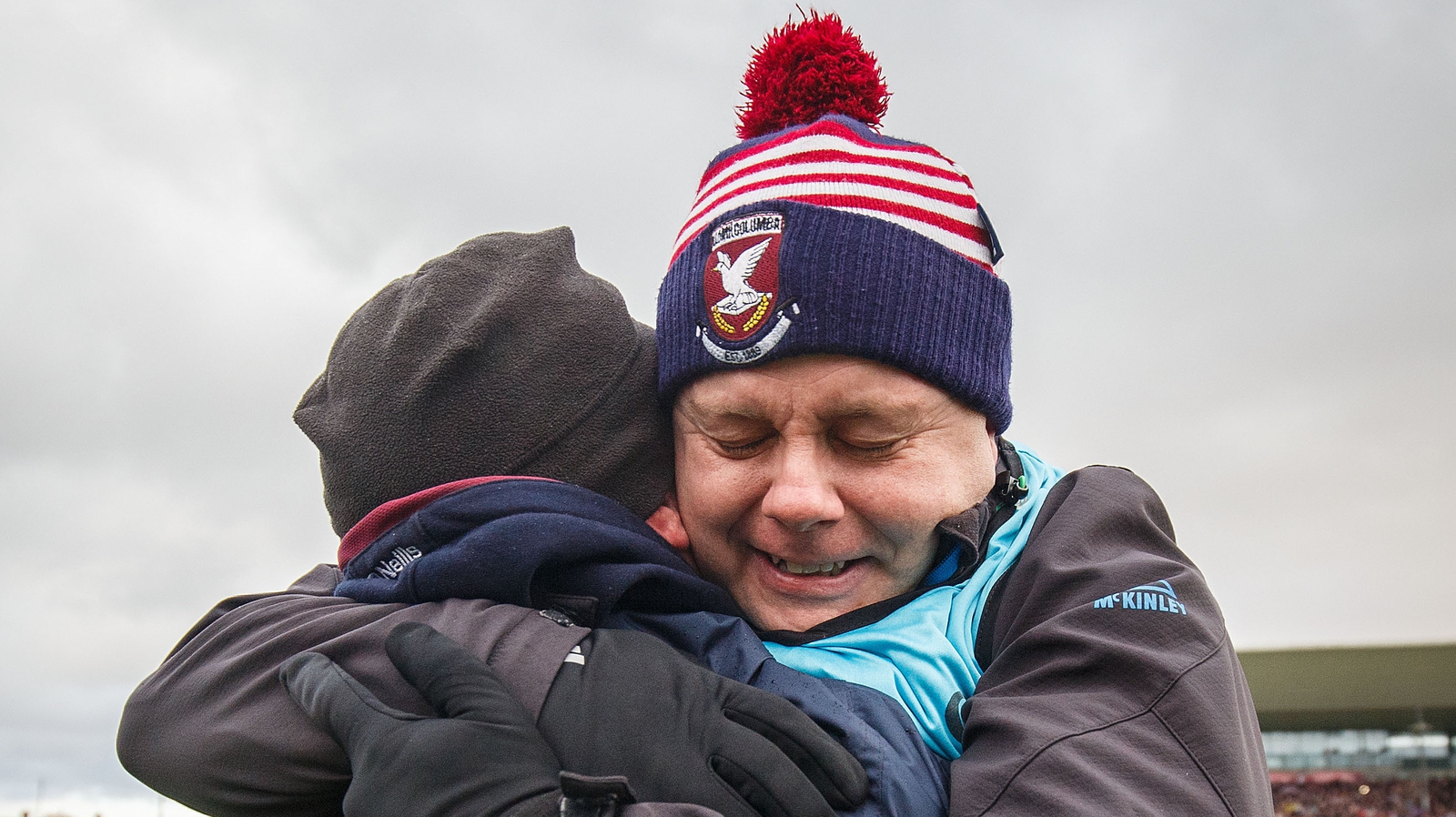 No resting on his Laurels: Graham celebrates Mullinalaghta's win

The following year he came on as a substitute in Cavan's Ulster final win over Derry - a day many of his younger players won't even recall.

"He had a brilliant football brain; he was one of those inside forwards with unreal movement," said Martin McHugh, who managed both of those successful Cavan teams. "He was extremely hard to mark and the amount of goal chances he used to create…

"Himself and Dermot McCabe would have worked very well together - McCabe would have sent a lot of ball in to him from midfield. They knew each other well because they played Under-21 together and now they're together on the management team.

"The best of them have a bit of all three and you can see all three in Mickey. He has serious respect from his players and his coaching ability is good because he was such a good footballers.

"He surrounds himself with good people, which is a very good thing as a manager."

Mickey was bringing the cup to his home town and every one of the players were there with him - that shows you the respect they have for him.

As a player, Graham just got football. He knew, he understood and he learned. The learning continued and been transferred onto the sideline, where he has enjoyed a series of successes.

"He knows what forwards need to do get the ball and what to do when they have it. He has the defensive side of it sorted out well, but once they get the ball to midfield they look to go long if it's on. They'll recycle if it's not.

"We played so defensively for a few years that it was demoralising for players. Now it is much more enjoyable to play for Cavan.

"Players have a licence to attack and that makes it more enjoyable and players realise they have a chance to win every game they play in. That's how you get buy-in from players - winning always helps."

He also has every trick in the book. As a player, it was a deft solo-dummy off his left boot. As a manager his family dog has become part of the legend.

His four-legged friend used to watch training and games from the sidelines and the story goes that he was released onto the field if things were getting sticky in order to slow the game down. 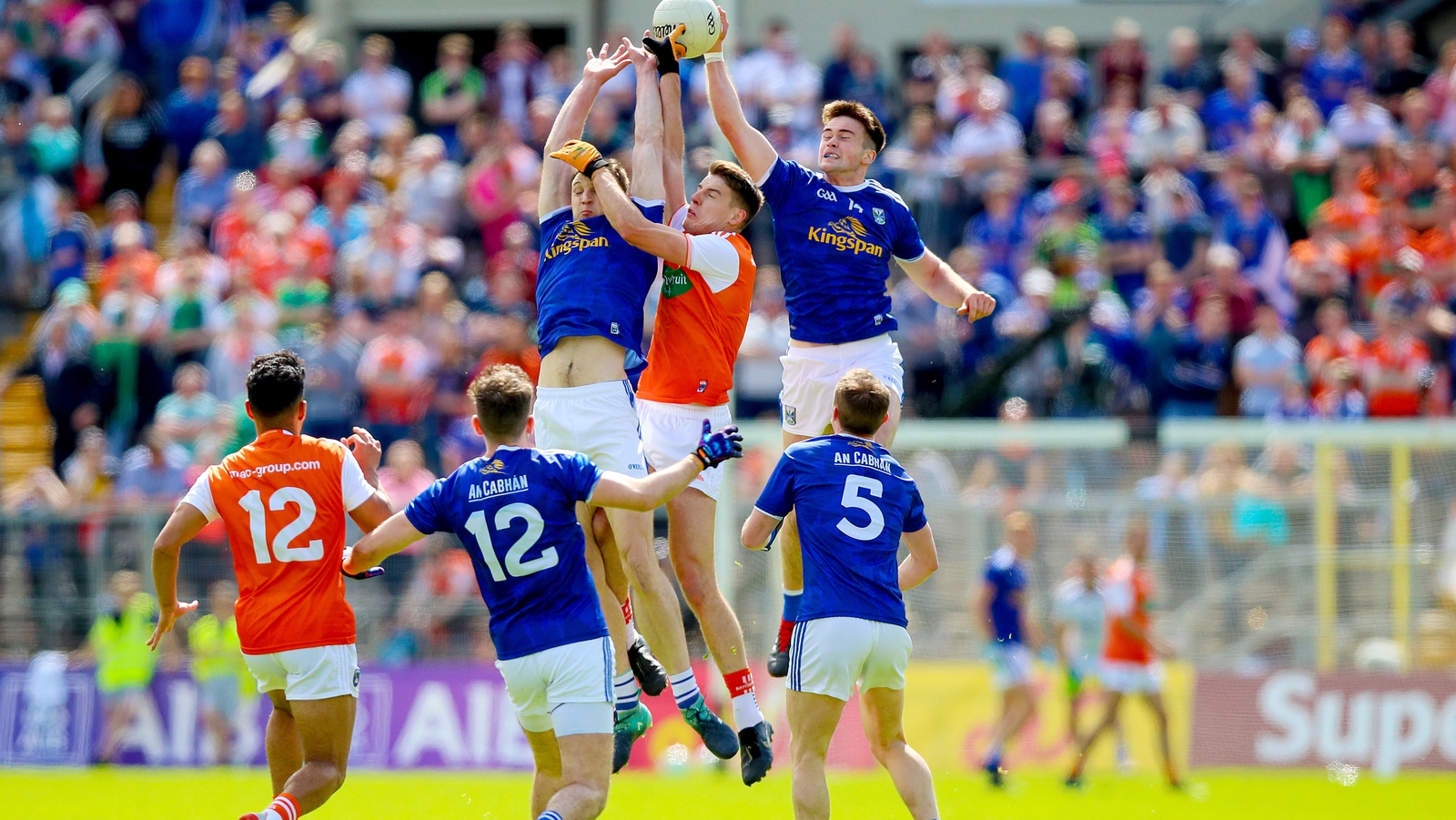 A similar dog invaded the pitch at a key time during Cavan's Ulster first round win over Monaghan. The fact that it was later pictured under the arm of his father, Mickey senior, only fuelled the rumours.

"It was nice to see his dog back!" joked Mulligan. "His son has a dog like that, he used to bring it to training, but I'm not sure how he got into Breffni..."

Like Mullinalaghta, the upturn in Cavan's fortunes under Graham has been swift. They were relegated from Division 1 in the league, though they gave a good account of themselves in nearly every game.

It can't have helped that for the early stages of the spring campaign he was also managing the Leinster club champions until they were beaten by Dr Crokes in an All-Ireland semi-final. He admits there was relief as well as disappointment when his focus narrowed down to just one job.

That job is to win on Sunday. If he does, he's assured the status of legend in his home county. And even if he doesn't there has been remarkable progress in his first year in charge - there's hope in the air in Cavan again.

McHugh recalls his most recent meeting with Graham and it just about sums up the man.

"I happened to be in the Imperial Bar in Cavan on the night Mullinalaghta brought the cup in last year," he explained.

"Mickey was bringing the cup to his home town and every one of the players were there with him - that shows you the respect they have for him.

"I had a good chat with him that night and he's just a down-to-earth fellah. He does it all in his own quiet way, no fuss and that's all about him. He's very level headed, there are no big highs when they win or big lows when they lose."