In a decade that began with the county well down the footballing pecking order, the years that followed have certainly given Donegal more highs than lows.

Jim McGuinness' arrival as manager at the end of 2010 demanded a lot of buy-in from the players; he promised them great things if they would follow his lead.

The purists were not happy at McGuinness' vision of the game and their anger was given full expression on that August day in 2011 when Dublin were forced to break free from a stranglehold that many found unpleasant. 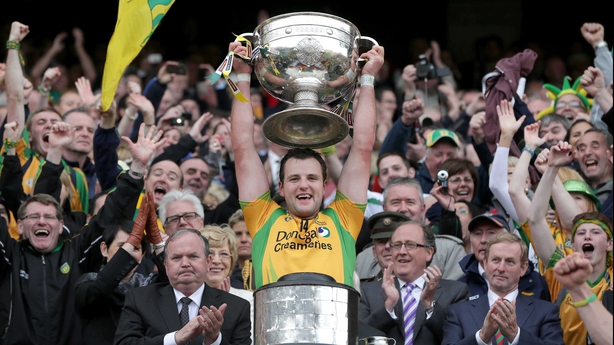 McGuinness quite simply saw it all as the first step in his masterplan.

He refined his approach in the season that followed. Donegal were a little bit more pleasing on the eye and all involved would have the last laugh. Michael Murphy climbed the steps to lift Sam Maguire. 'Jimmy's Winning Matches' and all that!

Perhaps, ambushed is too strong a phrase; McGuinness' side played some brilliant football en route to leaving their opposition flummoxed and The Hill eerily quiet.

It forced a rethink from Jim Gavin and the Dubs have not lost a championship match since.

Onwards to the Rory Gallagher stewardship. Did things regress a little bit? Perhaps.

Donegal players trudging off the Markievicz Park pitch after a pasting by Galway in a 2017 qualifier marked the end of that reign.

And then they turned to Declan Bonner again. The Na Rossa clubman had overseen minor and U21 success for the county. The right man for the job, most felt.

"The positives are that kicking is back" - Ciaran Whelan believes that Meath, as well as Donegal, are capable of reaching the Super 8s this year pic.twitter.com/rYLUeh9KuD

Who knows how things would have panned out if Paddy had been on the pitch in that crucial Super 8s game against Tyrone?

And so to 2019. Those in Croke Park on 30 March saw Donegal, after a poor start, get the better of Meath in the Allianz League Division 2 decider. Not quite vintage, but enough glimpses of Bonner's side to suggest that they will be a serious player in the championship.

Michael Murphy was at his imperious best in spearheading the Donegal revival. He is still their main man.

Speaking ahead of this weekend's Ulster SFC quarter-final, Ryan McHugh summed up Murphy's worth to the cause.

He told RTÉ GAA correspondent Brian Carthy: "Michael really stepped up to the plate that day against Meath, as he has done numerous, numerous times. 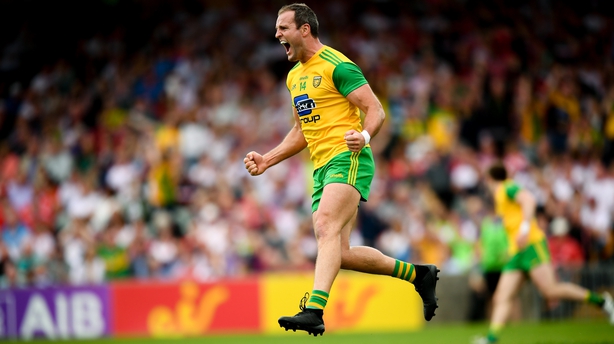 And while Murphy continues to conduct the orchestra with aplomb, the supporting cast now has more depth.

And while Donegal fans will be disappointed that Odhrán Mac Niallais has opted off the panel for this season, the return of McBrearty is a welcome development.

The 25-year-old was back in action for his club Kilcar in April and would significantly boost a Donegal full-forward line alongside Murphy and Jamie Brennan.

McBrearty is a club mate of Ryan McHugh and not surprisingly the latter is thrilled to see him back.

"We're extremely lucky to have Paddy as well and I'm fortunate to have him as a club-mate.

"It was a huge turning point in our year when Paddy picked up that knee injury. To be fair to him, he's got himself back and he's flying again."

And so to the first hurdle on the summer journey - Fermanagh in Brewster Park. 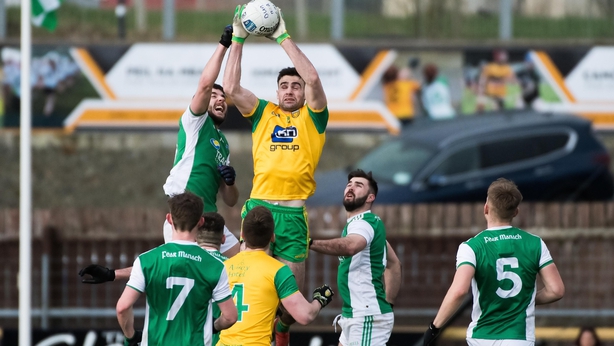 Reports tell us that the Ernesiders have prepared well and have had a weekend camp outside the county.

At the end of February, Fermanagh outscored Donegal by 0-09 to 0-02 in the second half en route to a three-point victory in the league. And while summer combat offers a different tempo, Rory Gallagher's side won't be fearful.

"It's well documented that Fermanagh only have a certain amount of clubs but they have really have some talented footballers," said Ryan McHugh.

"Last year, after getting out of Division 3, they then beat Armagh and Monaghan to get to an Ulster final.

"They had a great Division 2 campaign this year and were unlucky not to come up. It's going to be a huge match in Brewster Park."

The expectation, however, is that Donegal will overcome this hurdle to set up a likely date with Tyrone in the semi-final.

A chance then to book the recent trend against the Red Hand. A game that could really ignite Donegal's summer.