Cork are in Parnell Park at 4pm tomorrow (SUNDAY) for the top tier decider against Galway, with the Division 2 final between Waterford and Kerry providing the early entertainment in Donnycarney (2pm).

Ephie Fitzgerald’s Cork side were overpowered and beaten, 3-11 to 1-12, by Dublin in last September’s TG4 All-Ireland final Senior Final in front of a record 50,141 attendance at Croke Park, but avenging that loss against the Sky Blues has lifted Cork again, says O’Brien.

"The game against Dublin had a good championship feel to it," said O’Brien.

"It was hell for leather, up and down. It was quality football, honest football from both teams.

"Getting to the final, everyone wants to get into the final. Any kind of final, you are happy to be there.

"It will give us another championship type of game before we start Munster. We have a tough test in Munster. It’s not going to be anything easy there.

"So, we are happy enough to have another good strong game to look forward to at the weekend."

When the League finalists met in the group stages of the competition, Galway were victorious on a 1-08 to 0-05 scoreline in Mallow on 2 February, in Round 1.

Boosted by the return of their All-Ireland club winning Mourneabbey contingent, Cork have beaten Dublin twice since that outing.

However, O’Brien still believes Galway are the team to beat, as they go in search of their first ever Lidl NFL crown.

"They gave us a hiding in the first game," said O’Brien.

"They lost to Dublin and that is no embarrassment at all. Galway have been there or thereabouts for a number of years. They have always been knocking on the door. They have been to semi-finals for a couple of years.

"They are really the team to beat now, looking on paper and their previous games.

"But we will hopefully do better than what we did the first day against them and give them a bit of a test."

Cork have won 11 All-Ireland and 11 NFL titles, with their last coming League crown coming in 2017 when they beat Donegal in the final.

O’Brien says the return of Niamh Cotter has been one of the major catalysts to help them bounce back from last year’s All-Ireland final defeat.

Beara midfielder, Cotter (22), missed that match and only returned to the panel before the start of this season having studied for a year in Canada, on Erasmus with her Law degree from UCC.

"She was studying for a year over in Montreal. She was a big loss to us but coming back she brings some energy back," said O’Brien.

"She is a quality player. She has been doing really well, she has had a really, really good League.

"It is what we needed at the start. Someone like that comes in and rejuvenates the whole thing, and says we have to step it up another level.

"Niamh really has brought that energy to us." 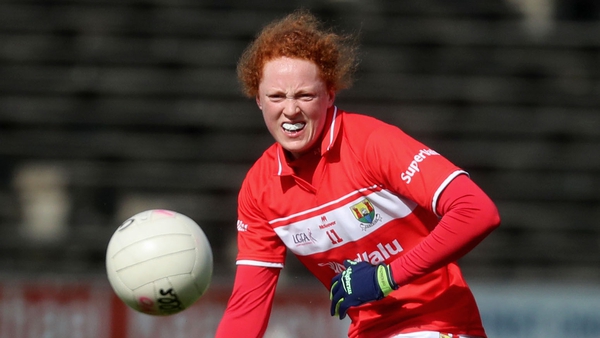