Mick Bohan says Dublin will be hurting after Cork avenged their All-Ireland final defeat in the final round of Lidl NFL Division 1 games, but after the loss Dublin will get another crack at Cork in the semi-final in two weeks’ time.

The other Division 1 semi-final sees Galway face Donegal, a repeat of Sunday’s meeting of the sides, which ended in a convincing win for Tim Rabbitte’s side in Corofin.

Goals from captain Tracey Leonard and her cousin Roisin Leonard helped Galway to a sixth win from seven games in the competition, but the Galway manager says his side have plenty to improve on ahead of the next meeting. 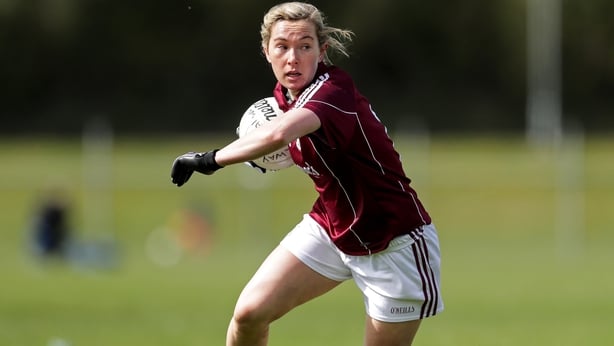 "It was unusual circumstance going into the game," said Rabbitte.

"We knew if we won we’d be playing Donegal again and that’s the way it is. I thought there was a small bit of shadow-boxing going on but not really on our part, we just went out to win the game."

"It’s not our most impressive performance and we were a bit sloppy in our passing and soft in our tracking, but they are things we can learn for the next day, which will be completely different." 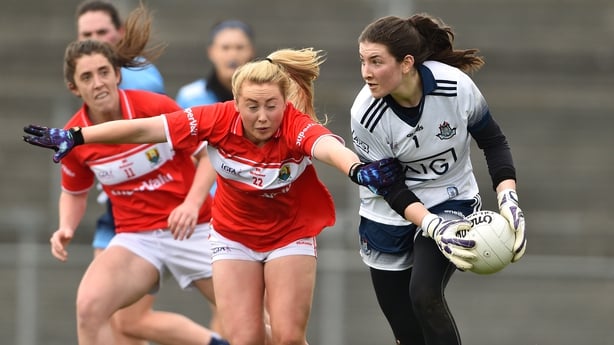 In Mallow, Niamh Cotter and Marie O'Callaghan hit the vital goals as Cork gained some revenge for last year’s TG4 All-Ireland final defeat to Dublin, but manager Ephie Fitzgerald expects to see a far stronger Dublin in the semi-final

Carla Rowe and Siobhan Killeen bagged the goals for Bohan’s side, but they were second best on the day and fell to their second loss of the competition.

"They were missing a number of players, but I am delighted with the performance of our younger girls and this league has been very good for us in finding a number of new players," said Fitzgerald.

"But we know the semi-final will be a totally different affair and they will be far stronger next day out."

Bohan admitted his side were bruised after their second loss of the league.

"It was a good chance for some of our players to test themselves against one of the top sides in the country," said Bohan.

"We don't like to lose any game and it always hurts when you do, so, yeah, we are hurting a bit now."

In the other Division 1 games Westmeath ran out confident winners at home to Tipperary thanks to two goals from Leanne Slevin in Kinnegad.

Orla O’Dwyer bagged two of her own for Tipperary, but Westmeath ran riot late on as goals from Kelly Boyce Jordan, Vicky Carr and Annie Dolan wrapped up their second win of the competition.

"It’s great to finish the league on a high. I’m delighted with that," said Westmeath manager Sean Finnegan.

"It was a difficult league and we always knew it would be, but to start with a win and finish with a win is great. I’m delighted for the girls."