Mayo captain Diarmuid O'Connor is delighted that his team was able to secure the Allianz Football League trophy for the county's long-suffering supporters.

Mayo had been to Croke Park for finals on 10 occasions since 2001 (three League deciders, six All-Irelands and one replay) but left empty-handed every time.

On Sunday though, they defeated Kerry after a thrilling comeback, which will have raised expectations that they can finally end the now 68-year wait for Sam Maguire.

"I’m not going to lie, it’s not very often that we’ve won silverware up here," the 24-year-old told RTÉ Sport. "For the fans especially, I was delighted. It was a great feeling seeing all them.

"Seeing my family after the game, and getting to celebrate something with them…

"It’s been too long since we’ve been celebrating any silverware. The (last) Connacht championship was four years ago. It’s too long for these supporters so hopefully that’s not the last time we’re celebrating this year.

"It’s a great win. It means a lot, we’ll celebrate but after tonight we’ll just look straight to the Connacht championship."

Mayo are the Allianz National Football League Champions of 2019! pic.twitter.com/NBSH2J7dHn

O'Connor added that the panel hadn't dwelt on the past in preparation for the big day.

"We looked at today more as round eight of the league rather than the final or anything like that.

"It’s a new year. We weren’t really thinking of any past years or anything. We were just focusing on this year, and what we needed to improve on game to game.

"Today was no different. It came right in the second half and thankfully we got the win. It’s nice to be able to celebrate the silverware with the supporters up here, and drive on for the rest of the year.

"After today we’ll be looking straight ahead to the Connacht Championship and looking at New York." 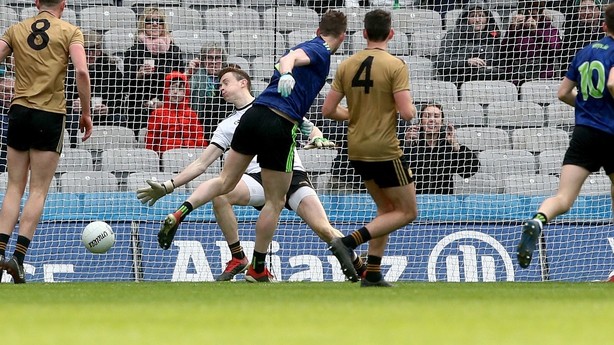 And what of the eight-point turnaround from half-time to the final whistle? Were they frustrated by the concession of two goals?

"It was more frustration that we weren’t executing our own game plan as well as we could have.

"We did a few things right but a few basic errors were letting us down, a few handpasses and kickpasses were going astray.

"We just talked about two or three key areas that we needed to get right. They were probably winning their own kickout a bit too handy in the first half, and winning it too far up the pitch.

"I think we created a few goal chances in the first half, just the final pass just didn’t come off. We knew we’d get the chances again in the second half, we just had to execute the basic skills a bit better and thankfully we did.

"So we just tweaked a few things. We did very well on them in the second half and it’s the reason we won the game."