Liam Sheedy was disappointed his Tipperary side couldn't hang on for at least a point against Wexford but declared himself reasonably satisfied with their progress in his second spell in charge.

Tipp lost forward Noel McGrath to a second yellow card just before the break but by the 42nd minute had increased their four-point interval advantage to eight - 1-11 to 0-06.

Seamus Casey's goal spearheaded a remarkable comeback by the hosts however, that was crowned with Aidan Nolan's match-winning point deep in injury time of the Division 1A encounter.

"It's a tough place to come and win," Sheedy told Sunday Sport. "Obviously, home advantage is proving to be very effective in this league.

"Overall, after going a man down, I thought we were  very spirited throughout. We got ourselves a bit of lead at the start of the second half and we were hanging on for the finish with a man down.

"In fairness, the goal for Wexford was a big score.  A throw-in in the middle of the field and we didn't defend it well. All of a sudden, 30 seconds later and it's in the back of your net. As soon as they got the goal, they got the momentum and the crowd came behind them.

"I thought it was a very spirited performance and I'm very happy where we're at in the middle of February. We are a work in progress but we have time and we'll continue to work hard."

Sheedy rued some decisions that went against his team at the finish but accepted that McGrath deserved both his yellow cards, both for fouls on Kevin Foley.

"We probably felt we could have got something out of it," said Sheedy. "We could have snuck a draw maybe but look, that's sport, that's hurling. It wasn't meant to be today. I'd rather it happen to us in February than in May.

"I thought we could have got a free and a draw maybe would have been a fairer result but we move on. It's a one-point loss, it's certainly not the end of the world. I'm happy with where we're at and we drive on now for Kilkenny next Sunday.

"They were two mis-timed tackles and probably worthy of two yellow cards," he said of the two-time All-Star forward.

"Noel is a top-class player. He's certainly not one that goes out to play dirty so I felt sorry for him but I don't think we can have any complaints."

Wexford hero Nolan was understandably delighted to come out on the right side in a contest that his team never led until the very end.

"The best time to be in front is at the end," he said. "It could have gone either way but thank God we got the score in the end there."

"It was a tough game, very physical. There weren't too many chances but when you got them you had to take them.

"They came out all guns blazing (after half-time) and really ran at us, took us on. We just had to stick to the game plan. We kept tipping away and got point after point.

"We were probably going to need a goal. It was a great ball in and he (Casey) had great composure in front of goal. He stuck it well in fairness to him." 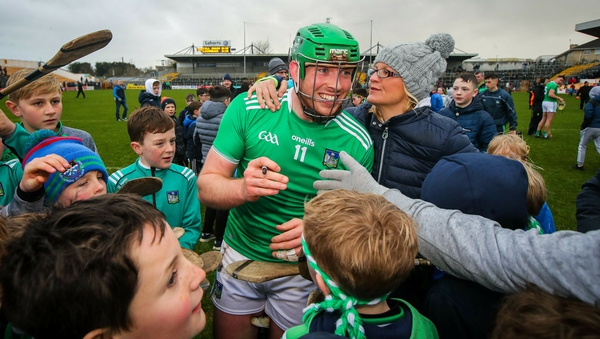