Former Limerick hurler Ciaran Carey believes that the current crop of Treaty players are the best he’s seen come out of the county.

Limerick travel to Croke Park on Sunday to take on Galway in the All-Ireland hurling final, seeking to bring the Liam MacCarthy cup back to the Treaty County for the first time in 45 years.

During his time as a Limerick player, Carey won two Munster titles and was named an All Star three times and while the All-Ireland title always eluded him and his county, he believes that’s about to change.

Excitement is building in Limerick as the Treaty men seek their first All-Ireland Hurling title since 1973. pic.twitter.com/FAZ5AVIQ4b

Carey - who has been named on the GAA's Team Of The 90s - has seen this young Limerick team grow in confidence and stature as the year has progressed and he insists that they current side is as good as they’ve produced in 30 years.

Speaking on 2fm’s Game On, he said: "I wasn’t surprised because at the start of the year I could see what was manifesting during the league campaign, that it was possibly the strongest and the best squad that I’ve seen coming out of Limerick in my time.

"When you see that, you have to say it as you see and it’s their time now. There’s a lot more in this squad, even when you get Sunday out of the way.

"I believe that Limerick have another two or three gears in them. When you’re facing an All-Ireland final, that is going to maximise the potential that you have as an individual and as a team." 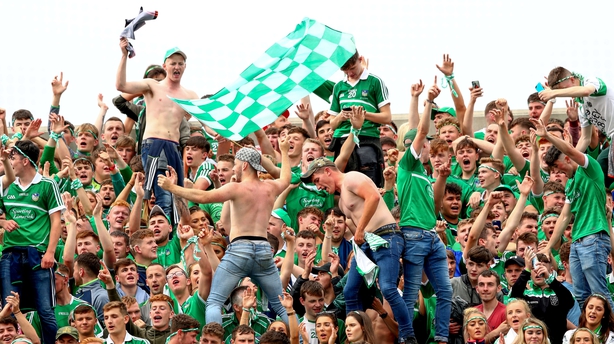 The lack of experience for Limerick at this level and the relative youth of the squad has been pointed to in the build-up to the final, with many observers questioning whether Limerick will be able to cope with the big occasion.

However, Carey is confident that they’re more than ready to cope with the pressure and pointed to March’s league victory over Galway, in which Limerick battled from behind to win and seal promotion from Division 1B.

"They’ve had a lot of examinations this year and they had a great examination against Galway at the start of the year in Salthill when they were down 10 points and to be fair they passed that exam," Carey said.

"That will stand to them hugely going into this Sunday.

"It was irrelevant really because Limerick seem to be sticking to the process, sticking to their own game plan, irrespective of the colour of the jersey. I think Sunday won’t faze them.