ONLINE
Live blog on RTÉ.ie and the RTÉ News Now App on the hurling finals from 1400.

WEATHER: Sunday looks like being a day of sunny spells and showers. For more go to met.ie.

And so the culmination of the TG4 Ladies championship, with Dublin and Mayo contesting the senior final. Can Mick Bohan's side make it a week to remember for fans in the capital after the three-in-a-row success for Jim Gavin's troops last Sunday. Or will Frank Browne mastermind All-Ireland joy for a county still coming to terms with seeing another bid to land Sam Maguire fall just short.

Reaction from Dublin and Mayo ahead of another All-Ireland prize in the TG4 senior final pic.twitter.com/2mPE66UwcB

After landing 11 of the last 12 All-Ireland titles, Cork's bid to add to that haul ended on 2 September against Mayo in the semi-final. Cora Staunton bagged 1-09 as the Connacht side reached a first final since 2007 after a two-point win at Kingspan Breffnii Park. Indeed, the winners survived the loss of Fiona Doherty to the sin-bin for a ten-minute spell in the second half. 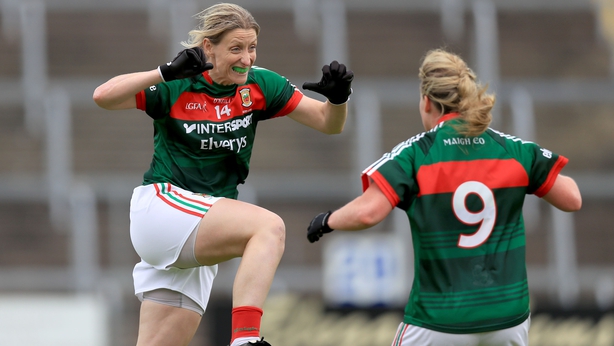 Staunton has four All-Ireland medals to show for a long career in the Mayo jersey. After the win over Cork, she outlined to RTÉ Sport why she is still lining out in the Green and Red.

"I’m delighted for the girls, especially the younger girls on the team, that maybe never got a chance to play in Croke Park on All-Ireland final day," explained Staunton.

"I’ve won in Croke Park and I’ve lost in Croke Park. It’s brilliant to win an All-Ireland there but its heart breaking to lose one there. I have to put the head down now and work hard."

After losing to Galway in the Connacht final, Mayo got the show back on the road with wins over Kildare and Donegal, before they ended Cork's winning run. 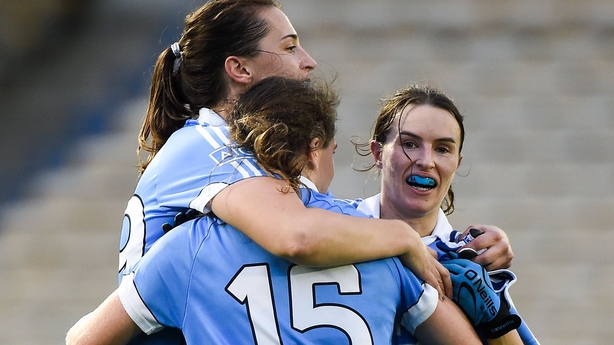 Dublin have endured three successive losses on final day - 2014-16 - to the all-conquering team from Munster. In '14, the Dubs were 10 points up with a quarter of an hour to, but were reeled in at the death, eventually losing by a point.

The margin was the same last year, but during the game they had a clear Carla Rowe  point waved wide. Hawk-Eye was not in use in the 2016 final, with Dublin eventually deciding not to take matters any further.

Hawk-Eye will be used on Sunday.

Dublin captain Sinéad Aherne refused to lay blame on the oversight for the narrow defeat as she looked ahead to clash with Mayo.

"It wasn't the winning or the losing of the game, we were disappointed with a lot of things we did in that game and that's what we'll focus on coming in to this year," she told RTÉ Sport.

"We need to fix those things. We're not short of motivation and are looking forward to getting out there and upping the performance. We know we have to improve if we are going to beat Mayo."

After demolishing Westmeath to take the Leinster crown, Dublin recorded easy wins over Waterford and Dublin to book their place in the decider. 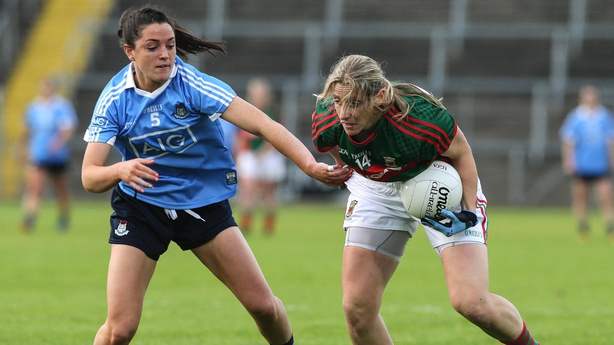 Sunday's finalists met at the semi-final stage in 2016. Sinéad Aherne’s incredible free nailed victory for the Dubs in an epic clash at Kingpsan Breffni Park.

Everything hinged on Aherne’s effort from an acute angle on the left hand side and with the last kick of the game, the player-of-the-match delivered to send Dublin through to a third successive final.

It was heart-breaking for Mayo but Aherne’s personal haul of 2-o6 was massive for Greg McGonigle’s Sky Blues and proved just how big a miss the St Sylvester’s player was when she took a year out in 2015.

It was cruel luck on Mayo, who had clawed back an eight-point deficit in the second half to draw level.

But they could never get ahead and the Connacht champions also had a goal chalked off in the second half when leading scorer Cora Staunton, who could well have played her last inter-county game, was penalised for over-carrying.

Paths to the final

It's not just about the seniors on Sunday

Tipperary, unbeaten all year, take on Tyrone in the intermediate final. The junior final sees the all-Ulster clash of Fermanagh and Derry.

Looking ahead to the day, LGFA President Marie Hickey is hoping that the crowds turn up at the Jones' Road venue.

"Hopefully we will have a great crowd and it would be wonderful if we did (break the record). The 2016 attendance of 34,445 was a new record."