Former Galway manager Anthony Cunningham admits that the momentum is with Wexford heading into the Leinster hurling final but he believes that Galway’s experience will win the day.

Wexford travel to Croke Park on Sunday to take on the Tribesmen in what is their first provincial final in nine years.

And coming off the back of an impressive league campaign, Davy Fitzgerald’s men have been the form team in the country and claimed a major scalp when they beat Kilkenny in the Leinster semi-final at Wexford Park.

Cunningham admits that the Model County are in fine fettle and he expects another big display from them this weekend.

Speaking to 2FM’s Game On, he said: "Since the league started they've been on a roll really and it's hard to stop a team that has momentum.

"With the momentum they've had during the league and from the Kilkenny match, I think they’re going to go very close on Sunday.

"They have been doing very well at Under-21 level. They’ve been in three Leinster Under-21 finals and they have a very strong core.

"They have huge experience with the likes of Mathew O’Hanlon in defence, Liam Ryan has come from the Under-21 set-up and is very established now at full-back. Diarmuid O’Keefe, everyone saw him play well the last day.

"Apart from the big names like Lee Chin and Conor McDonald, they have a very strong set-up.

"They have huge confidence and that’s the huge thing with Wexford. When Wexford have confidence, they’re going to be hard to stop." 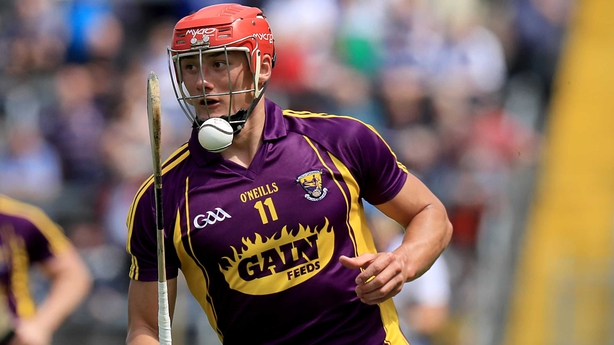 Wexford have already got one over on Galway this season, beating them in the league, but Cunningham expects a different game on Sunday and believes that the Croke Park factor will go in his county's favour.

Cunningham claims that the bigger pitch at Croke Park will hinder Wexford's attempts to keep things tight through the middle and that Galway's experience of big occasions at Headquarters could prove decisive.

"The big question is have Wexford featured in the expanses of Croke Park, in the bigger pitch? The answer to that is no.

"Galway have experience there and find scores there with ease, much easier than most other inter-county teams and have a lot of personal who could show up on the day and be match winners.

"I think that probably will shade it for Galway in the finish but I expect it to be a real ding-dong battle for a good 60 minutes.

"It’s a bigger pitch, a faster pitch and it makes it that bit harder when you have a bigger area.

"Galway are racking up huge scores - 30 points the last day. They can score from any angle and any distance.

"I think the way they’re playing this year with Joe Canning dropping off from centre forward and David Burke dropping from midfield into defence, they’re creating a lot of space.

"They’re creating a huge amount of space and they can score from any place. That’s going to be a big plus for Galway and they can do that in Croke Park."