The Club Players Association says it has had "frank, constructive discussions" with the GAA over reform of the playing calendar for Gaelic games, with periods reserved for club fixtures among a list of key priorities.

The CPA was set up earlier this year in response to frustration on the part of club players throughout the country over the sporadic nature of their fixtures - largely seen as a by-product of the prioritisation of the inter-county game.

A motion proposing official recognition of the CPA was withdrawn in the face of opposition at the GAA's annual congress at Croke Park in February but the Association has now engaged with the fledgling organisation, which claimed to have recruited over 20,000 members as of last month.

The CPA's proposals include tighter schedules for the inter-county Leagues and Championships, blocks of 'club only' time in the calendar and formalised regulation and enforcement of fixtures. 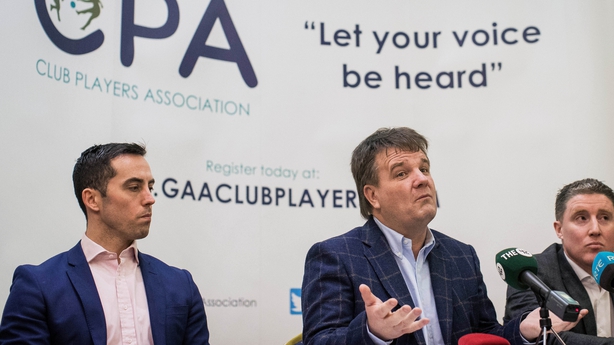 We had constructive discussions with senior officials in Croke Park to set out the CPA’s detailed fixture-planning proposals.

This was with the aim of establishing common ground and agreeing some basic principles for fixture-planning at national, provincial and county level. All are interlinked so an overall approach that helps each of these is essential in our opinion.

The discussions were frank and there will be further engagement in the coming weeks.

Our briefing covered CPA fixtures options, of which there are several approaches, and our draft principles for fixture planning. We have also met with the GPA with the aim of engaging the widest possible playing population.

Among the key areas in which we are seeking development, on behalf of club players across all codes and counties, are:

We believe progress in each of these areas will ease the fixtures burden.

We believe that we can engage directly with our members through surveying and direct communication to gauge the response to some of the more difficult issues we face to help shape decision making.

We need to give members an opportunity for their voice to be heard.

We firmly believe that the GAA must proactively consider the playing load on players; the attendant training commitments and the physical and other consequences of too many or too few games.

Player welfare has been the basis of the CPA since day one. Our players are the most important part of the GAA.