The awards began in 1971 and are widely acknowledged as the brainchild of the late RTÉ GAA correspondent Mick Dunne, following on from a similar but short-lived concept known as the Cú Chulainn awards that saw All Star teams named in 1963-1967.

One man uniquely placed to offer an insight into the All Stars is RTÉ’s Michael Lyster, for not only will the Galway man present the live broadcast, alongside Joanne Cantwell, he has also been a member of the selection committee since the mid-1980s.

"When I started off being involved, [legendary commentator] Michael O’Hehir was still around, Mick Dunne was still around," he recalls. "I was the young lad in town with all these established names.

"There’s always a transformation over 30 years or so but at the same time the principle remains the same. It’s still a big TV occasion and a big night for the players."

"There are awards in soccer and rugby but the thing about it is, it’s amateur and Gaelic games are still the biggest sport in the country. It has a status to it that is special.

"Every player will naturally tell you that they’d rather win an All-Ireland and they might pretend to pooh-pooh individual awards.

"But I guarantee you, fellas who have won alot of All Star awards can tell you exactly how many they’ve won, and in which years and which position.

"On your CV, you have All-Irelands, provincial medals and All-Stars. Not everyone has an All-Ireland but they might have an All-Star."

So who picks the winners?

"It’s a collection of people associated with media coverage, whether it’s myself or fellas in the newspapers," explains Michael.

"There are 16 members of the football committee and 16 on the hurling committee, but they’re not all necessarily the same people on both or the same, year in, year out.

"There are seven members of the steering committee, who sit on both panels, to give it continuity."

Members of each committee submit 45 nominees at three separate stages throughout the year: at the conclusion of the Allianz Leagues, provincial championships and All-Ireland series.

Our selection committee making their final decision on this year’s Football and Hurling #PwCAllStars. Who do you think will make the cut? pic.twitter.com/v4EFJ4TzOt

The Sunday Game presenter explains that the process has become more streamlined over the years.

"There was a nomination process in the past but then everyone arrived on the day and it was like a battlefield.

"Now it’s a bit less fun but more ordered. By the time we get to the nominations stage, it is pretty much decided. If somebody gets a rake of nominations for a position, there’s no point having a discussion about it. He’s in.

"Out of the 45 players eventually nominated on the football team, there might be a debate about three or four places but in terms of the overall picture you could go in pretty much knowing who most of them are.

"The same situation applies when we select the final teams.

"The first thing that will happen is that we are given a reminder of our nominations throughout the year. The selection is guided by that. But it doesn’t make it automatic.

"We might say ‘so and so got 16 votes, are we agreed he’s in?' Having done that with three or four of them you then start to weed out the rest of it.

"You would have an argument about, say, full-back and people who felt strongly about it would put their facts on the table: ‘he was excellent against so and so’.

"And if somebody couldn’t get us to agree it would just come down to a vote."

Who will be the 2017 Player Of The Year? #PwCAllStars#CelebratingPlayers pic.twitter.com/ljR1OnsToj

Interestingly, if there is a tie, the sitting GAA President, who chairs the selection meetings, has the casting vote.

"The vote is a knockout process. You’re asked to name three and we exclude the lowest and go again. It’s kind of proportional representation. You hope by going through the process that you get a fair result.

"We then review the team that we have picked and say ‘are we happy with this?’ And sometimes we might revisit it and see if it’s going to change."

The system of selection is not the only thing to change with the passage of time...

"I think I can say without any fear of contradiction that there were times we picked teams in the afternoon when half the panel weren’t quite sure what they were doing.

"Now, the system is different and there’s a different ethos with journalists. The younger people are inclined to be less flaithulach with their attitudes."

Who will be the 2017 Hurling Player Of The Year? #PwCAllStars#CelebratingPlayers pic.twitter.com/YMaMWMpKkT

By its very nature, selecting an All Star line-up provokes fierce debate among players and public alike.

But Michael believes the growing fluidity of positions in Gaelic Games has eased the burden on the selectors.

"Inevitably, if you’re picking 15 players from the best in the country, you’re going to have to leave somebody out," he points out.

"Fellas have said to me over the years: ‘How did you pick that team and leave out Paddy Murphy?’

"And I would say ‘Ok, you want Paddy Murphy in. Who are you taking out? You can’t have 16. And that’s usually the end of that discussion.

"Every year, there are some positions where there are three or four outstanding candidates and it’s a real debate.

"There will be some years when a fella might be lucky to get an All-Star. It mightn’t have been a great year at whatever position.

"That’s why we introduced the capacity to move fellas. If you had a half-back line with a nailed-down centre-half back but you had another fella who deserved to be on the team and the guy on the left maybe didn’t...

"We used to say ‘as long as the person has credibility in that position’ but the game has changed so much it matters less now and gives us more flexibility." 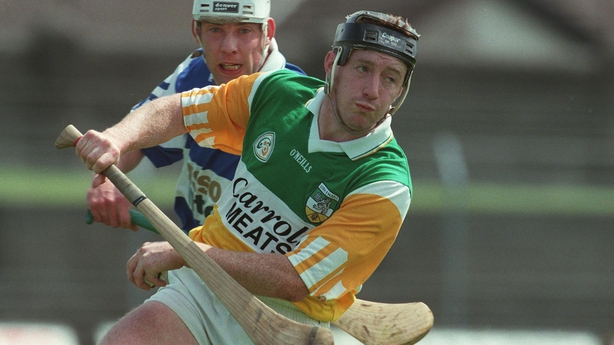 One of the most notable selection controversies occurred in 1994. Offaly wing-back Brian Whelehan was named Hurler of the Year in what was then a separate award sponsored by Texaco.

However, the Birr man failed to make the All-Star XV, mostly due to what Michael explains was a malfunctioning attempt to keep the team secret until its announcement.

"There had been so many leaks [previously] and fellas spilling the beans that the committee eventually decided to have a secret ballot.

"But we didn’t know the final team and the bit we overlooked was that if anyone saw a problem, there should have been a process to redress that.

"Brian was nominated in two positions and his vote was split between the two of them. He actually got more votes than anyone else but didn’t win either of the two positions.

"We weren’t aware of that until the night of the All Stars and that led to the changes in the process.

"As always happens in this country, there were theories of conspiracies and that we deliberately ignored him, but it was basically just a terrible mistake."

What you’ve been waiting for! Here are this year’s PwC Hurling All-Stars! The Football team will be announced LIVE on RTE1 tomorrow at 7pm! pic.twitter.com/khzfwssV8o

This year’s hurling team was announced yesterday, with the players of the year (nominated by the committee but voted on by the players themselves) and all the football awards revealed live on RTÉ One this evening.

This is a compromise to facilitate print and online media and the team revealed first alternates annually.

As for whether they’ve got it right, we’ll let you be the judge of that. But either way, Michael Lyster’s conscience is clear.

"Nobody would ever say the selection is perfect. All you can hope for is that you’ve done it as well as you can and that it was the best job we could do in the circumstances."

Watch the 2017 GAA-GPA Opel All Stars live on RTÉ One at 7pm this evening, and follow all the action and reaction with RTÉ Sport Online.