Tyrone made no mistake at the second attempt, routing Cavan in the Ulster SFC semi-final replay by 5-18 to 2-17 to set up a meeting with Donegal in the decider.

Peter Harte hit the net twice in the first half and there were further three-pointers from Connor McAliskey, Rory Brennan and Mark Bradley after the break as the Breffni men bowed out.

They did pull back late goals through Cian Mackey and Jack Brady, but by then the game was far beyond them and they will face Carlow in a Qualifier tie next weekend.

For Tyrone, it’s a first appearance in the provincial final since 2010, while their opponents will be contesting their sixth successive decider.

In front of a crowd of 20,223, Cavan made a bright start, hitting early scores through David Givney and Gearoid McKiernan and with Cian Mackey buzzing around and creating openings for himself and others, they carried a serious threat.

The sides were level on four occasions in the opening 18 minutes, with Mackey and David Givney on target for the Breffni men, along with Martin Reilly and Killian Clarke.

At the other end, U21 star Cathal McShane was posing significant problems for the Cavan defence, helping himself to two sumptuous points, and while Tyrone’s place-kicking woes continued, they were able to hit the target through Niall Sludden, Sean Cavanagh and Connor McAliskey.

Cavanagh had just edged the Red Hands back in front when everything changed, with two Peter Harte goals in the space of 90 seconds.

The excellent McShane was again in the thick of it, providing the pass for Harte to smash the ball to the roof of the net.

And in the 25th minute he had a simple tap-in after Tiernan McCann had gone one-on-one with goalkeeper Raymond Galligan.

The Breffni men had penalty appeals waved away by referee David Coldrick after Ronan McNabb challenged Tomas Corr as he went for goal, and at the break it was Tyrone who held a healthy 2-8 to 0-7 advantage.

A devastating counter-attack produced a third Tyrone goal eight minutes into the second half.

Once possession was turned over deep in their own half, the ball was moved quickly by Sean Cavanagh to McAliskey, who sprinted in from 65 metres to plant a low shot past Galligan. 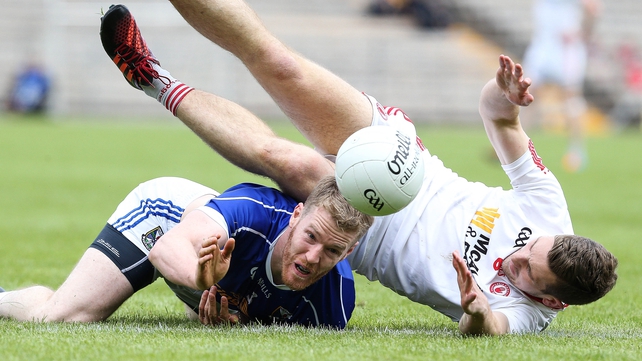 The game was up for Cavan by the 50th minute, when Ronan O’Neill and McAliskey combined for substitute Rory Brennan to finish with the fist at the far post with his first touch.

When Sean Cavanagh punched over his second point, the Red Hands led by 14 points and were well on their way to the provincial final.

Cavan did pull back a goal through Mackey, and as gaps opened up in the Tyrone defence, there were points for McKieranan, Feargal Flanagan, Conor Moynagh and Mackey.

But there was to be no stopping the rampant Red Hands, who claimed a fifth goal in stoppage time through substitute Mark Bradley.

Jack Brady’s late strike was merely an irritation for a Tyrone side that still ran out ten-point winners. 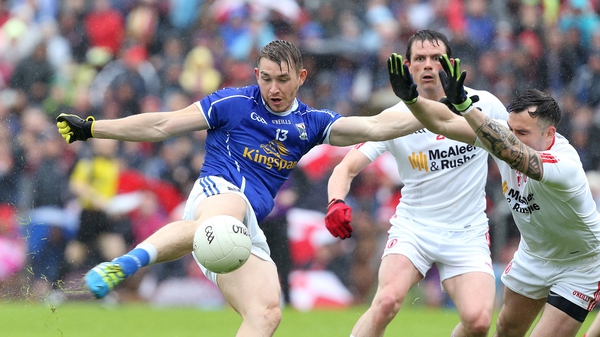